Home Blog Uses of microcarriers for expansion of cell culture 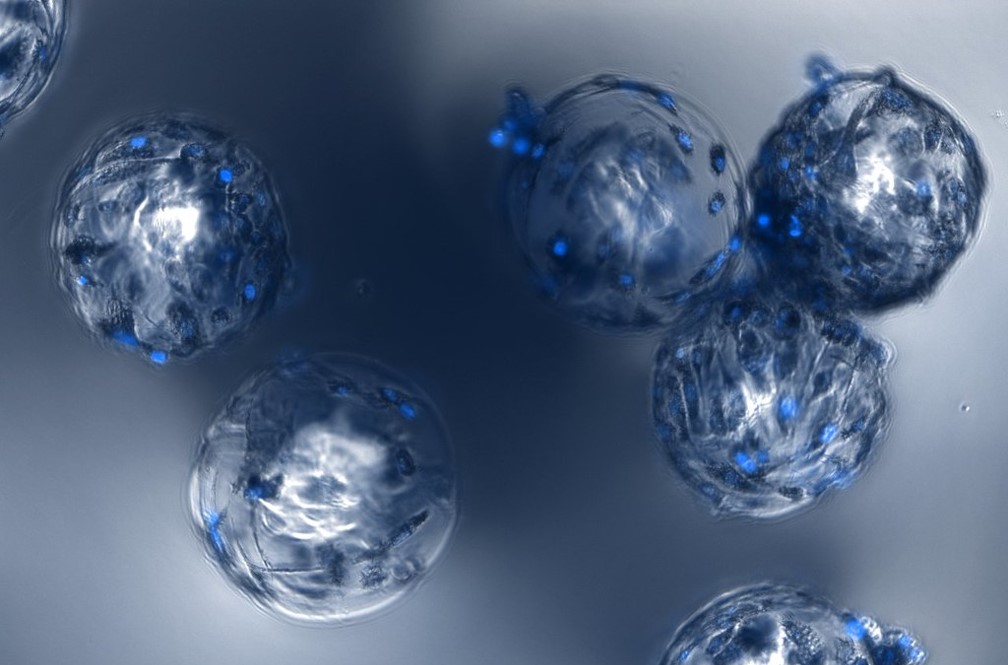 Cell culture is fundamental to medical research and biomanufacturing. Traditionally, adherent cells (which need to be attached to a surface to survive) are cultured in 2D using the surfaces of tissue culture plastics such as flasks and well plates. Being biocompatible, cell populations can rapidly expand on these surfaces and, for the vast majority of research labs where small cell numbers are required, these methods are usually sufficient. However, there are several applications, both established and emerging, for which cells need to be greatly expanded.  In these situations, standard tissue culture plastics are limited by the amount of surface area they are able to provide. This is before even considering the handling times and disposable costs that would be needed for large arrays of tissue culture flasks.

Culturing adherent cells on small spherical beads, termed microcarriers, within a stirred bioreactor is the most widely used technique to scale up adherent cell production. Microcarriers, which are typically around 100 µm in diameter, overcome the limitations of surface area as there is a further dimension for cell expansion. Microcarrier-based biomanufacturing has become well established and now represents a large market across all scales of production. Bioreactors on offer which can use microcarriers range from lab sized, with a few litres of capacity, to factory sized, at hundreds or thousands of litres.

By far the main application of microcarrier-based culture in bioreactors is vaccine production. This involves using a ‘packaging’ cell line to produce modified virus as vaccine products. The cell types most commonly used are Vero cells and, to a lesser extent, MRC-5 cells, which have largely been superseded. Chinese hamster ovary (CHO) cells are also used for recombinant protein production, including antibodies. In these situations, the cells secrete the virus or protein product into the media, and the cells themselves are not harvested.

Cell therapy provides an expanding market for microcarriers and has become the second biggest market segment behind vaccine production. The majority of cell therapies are currently based on hematopoietic lineage cells that are non-adherent and do not require a support substrate. However, as the therapeutic potential of adherent MSC and iPSC-based therapies develops, the demand for biomanufacturing capacity that can upscale these adherent cell types will grow.

Materials commonly used for commercial microcarriers include cellulose, gelatin, dextran, and plastic (polystyrene). Major commercial players in this market include Merck, Corning, and Cytiva. To address the expanding number of applications, these companies each offer a range of microcarrier coatings and features such as porosity.

The remaining challenges associated with microcarrier-based culture include the high costs of media, especially serum-free media, and processes to efficiently detach and harvest cells from microcarriers for downstream applications. This is not required for vaccines and other secreted products but is important for producing cells for cell therapy.

To address the challenges of harvesting, dissolvable microcarriers have been developed. Notably, Corning’s Dissolvable Microcarriers were heralded as a turning point in the industry, as they allowed easy harvesting of cells for downstream applications. They were made of polygalacturonic acid (PGA) polymer chains crosslinked with calcium ions, which could be simply dissolved using a chelator such as EDTA within 10 to 20 minutes. However, following their launch in 2018, they have already been discontinued.