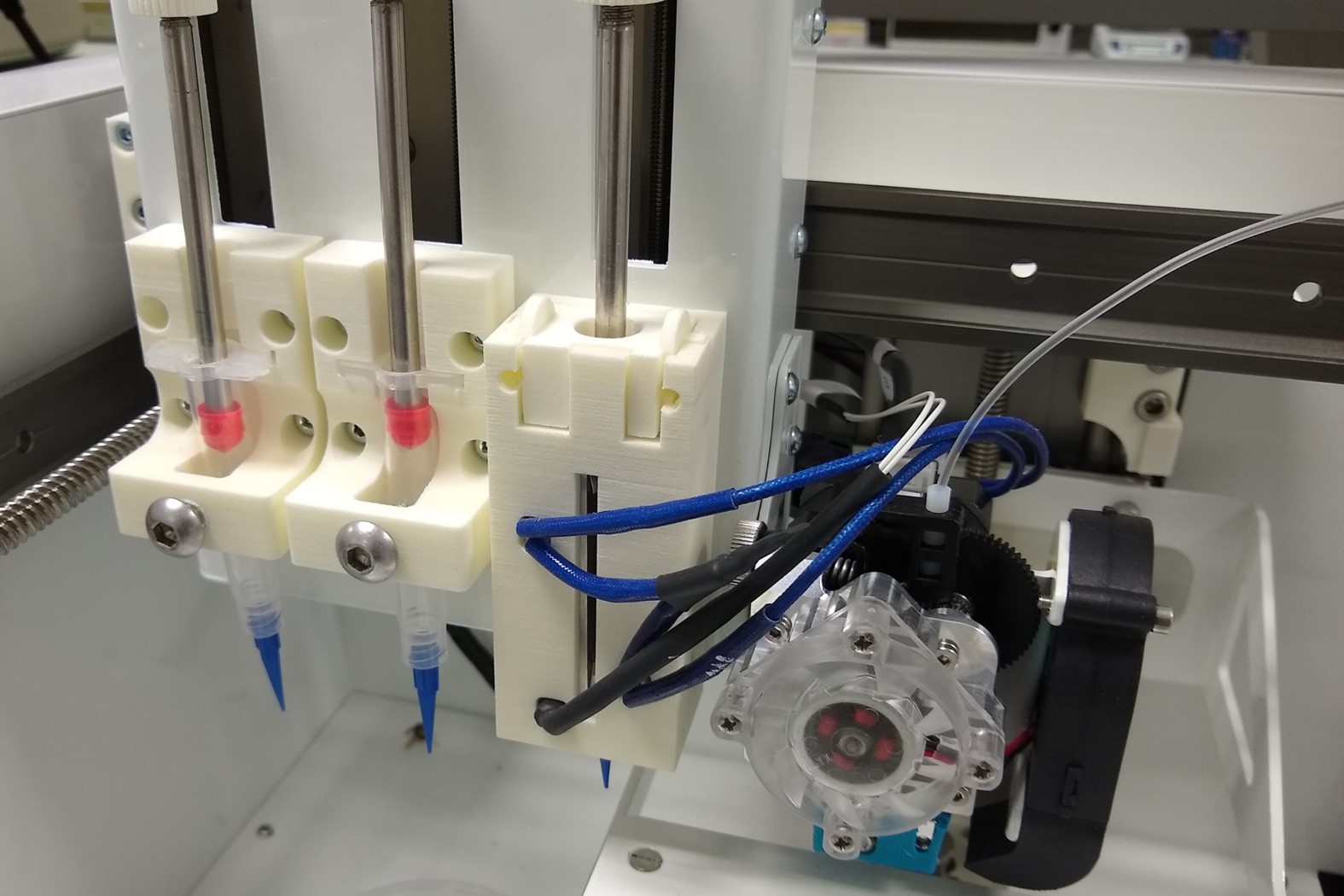 The growth of cell printing over the last decade has been remarkable with 41% annual growth: in 2010, there were just 31 publications on the topic of 3D cell printing. Last year, there were 943.  An ecosystem of commercial suppliers has emerged that has enabled and supported this development.

Fundamentally, 3D cell printing is straightforward. It requires an XYZ printer equipped with an extrusion device filled with a hydrogel containing a suspension of cells. The cells are extruded onto a surface in layers to build a 3D structure. The extruded hydrogel can either be free-standing or it can be injected into a matrix block which holds and supports the extruded cells.

By using several printer heads, the development of complex cell mosaics is possible.  Typically, print heads will deposit multiple cells in a single location. Instruments that are capable of depositing single cells have also been developed.

Ultimately, bioprinting may help produce tissues for transplantation. More immediately, a common goal of researchers in the field is the development of tissues for drug screening. Such complex tissue may be able to provide better drug screening assays than conventional 2D assays. Although complex 3D tissues can also be generated as organoids, variability is an issue, particularly for use in drug screening assays.  As well as the potential for improved consistency, 3D cell printing offers more control over the fundamental architecture of the structure.

There are essentially two components of tissues that need to be printed: the cells and extracellular matrix (ECM) scaffold. The ECM provides structural integrity and presents important factors, such as cytokines and other ligands and motifs, to the cells.

The ECM largely governs the elasticity of tissues so the choice of hydrogel for a particular application is important.  Mixing different hydrogels within a single structure can be used to achieve complex outcomes.

A variety of natural and synthetic hydrogels are now available. As well as the larger reagent suppliers (Thermo Fisher, Merck), specialist producers have sprung up in recent years.

Several issues must be addressed following printing. The printing process itself exerts shear forces on cells which can affect viability. Eventually, cells that are printed in the centre of a structure can become necrotic.  The addition of growth factors that are protective can improve viability. Conventional growth factors degrade rapidly and are practically difficult to replace in the centre of 3D structures. Sustained-release growth factors, such as PODS, are helping to address this issue.

In addition, methods to provide perfusion or developing vasculature may be important. For example, Prellis Bio has developed hologram methods for printing micron-scale synthetic vasculature for organoids.

At the other end of the scale, several cultured meat companies are developing bioprinting as part of their manufacturing process. Vast cell printing machines capable of ejecting thousands of kilograms of cells per day to make highly quality controlled cultured meat products may ultimately be part of future food production.