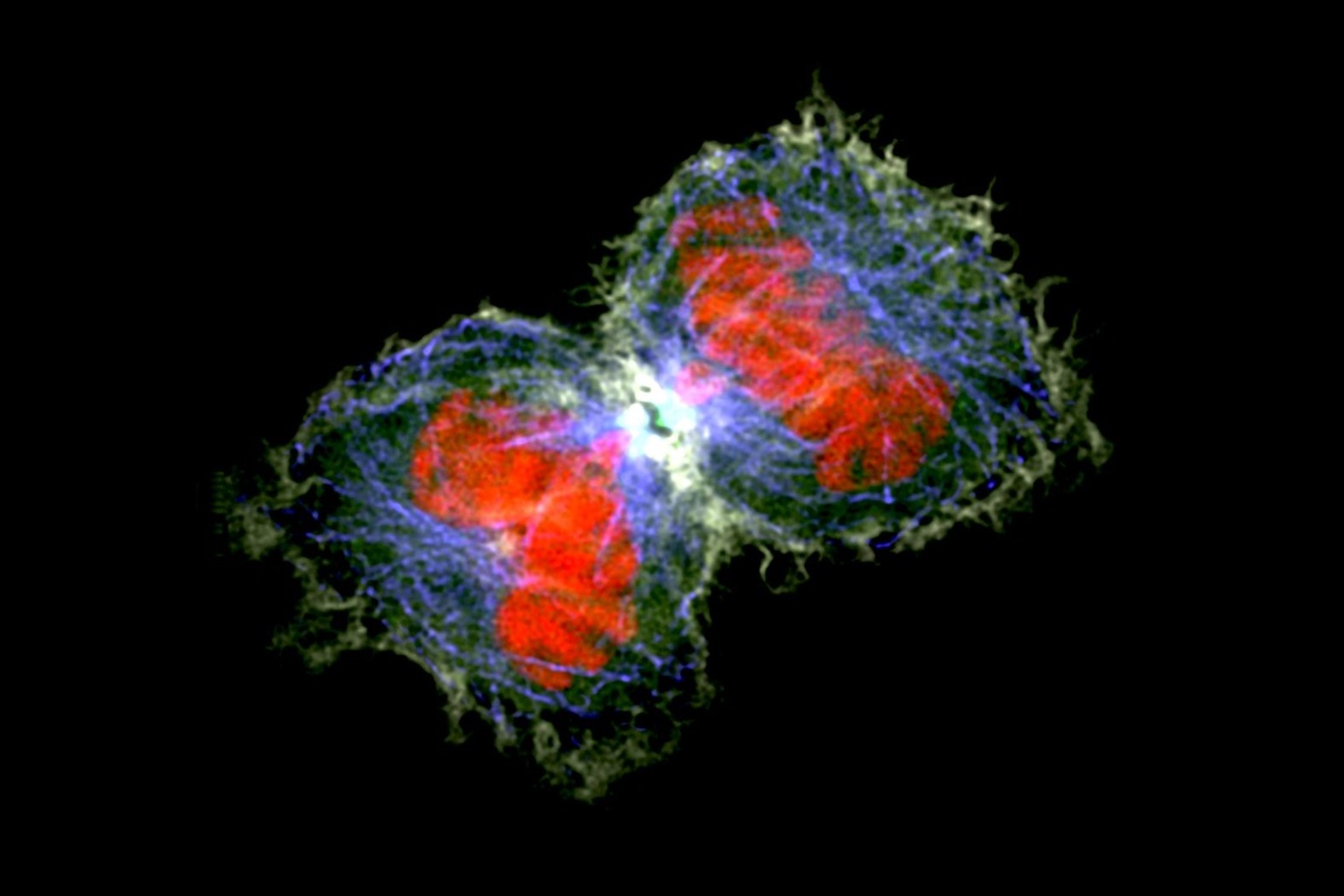 Cancers are able to grow because they have developed mechanisms to avoid immune system surveillance. In particular, many cancers have developed an efficient way of blocking the body’s natural immune response by overexpressing a protein called programmed death ligand-1 (PD-L1). PD-L1 binds to programmed cell death-1 (PD-1), a receptor present on activated T-cells. This, in turn, leads to the inhibition of the cytotoxic effect of T-cells, resulting in the tumour evading this type of immune response.

Monoclonal antibodies (MAbs) targeting PD-L1 can be used therapeutically in order to reverse the inhibition of the immune system in the tumour microenvironment. These MAbs are currently used to great effect in patients with cancers that express PD-L1. These therapies are particularly useful for the management of melanoma and non-small cell lung cancer (NSCLC) patients, with 40% of NSCLC patients and 20% of melanoma patients responding. But that still leaves many patients who do not respond. If PD-L1 is not even expressed by the cancer, there is little point in trying to block it. So, the need for a pre-selection of patients who are likely to benefit from the treatment is clear.

To predict patients who will respond to the drug, clinicians and scientists have begun to analyse cancer biopsies as well as the blood of patients to detect PD-L1 expressing cancer cells. However, with tumour biopsies, there are inherent difficulties in obtaining consistent results associated with heterogeneity of PD-L1 expression within the tumour tissue. Moreover, the stability of free PD-L1 protein in blood has proven to be a big impediment for an accurate liquid biopsy.

Exosome-based assays may be more accurate. In contrast with free proteins, exosomes are very stable in biofluids and are easier to obtain and may be able to offer higher sensitivity and specificity over tumour biopsy free-protein detection methods. It has been found that PD-L1 is stabilized on the surface of exosomes found in cancer patients’ blood samples and that levels of this exosome marker correlates with tumour properties and is predictive of response to anti PD-L1 therapy.

Other studies have looked at the utility of PD-L1 exosome assays for monitoring response to therapy. By analysing exosomes isolated from patient plasma, one study looked at PD-L1 present on the surface of exosomes from 100 melanoma patients, detecting exosomal PD-L1 in all 100 patients. In contrast, in the same patient cohort evaluated by tumour biopsy, only 67 patients were found to have detectable PD-L1. The researchers attributed this difference to the high levels of heterogeneity and dynamic temporal expression of PD-L1 within the tumour environment.

The higher sensitivity observed in the exosomal PD-L1 detection may be attributed to the fact that one cell can secrete thousands of exosomes containing PD-L1 and therefore have an amplifying effect on the signal, as well as better protein stability in circulating exosomal PD-L1 which is stabilized by the cholesterol-rich membrane of exosomes. Interestingly, as part of this study, the researchers also showed that exosomal PD-L1 was shown to be functional as it is able to mediate T-cell immunosuppression akin to free PD-L1 expressed by the cancer cells.

This study further demonstrates the great potential of exosomal PD-L1 as an assay to predict treatment response in melanoma patients. The utility of this assay goes beyond melanoma treatment and will likely be applied to any cancer type in which T-cell surveillance evasion plays a crucial role in disease outcome. Using exosome assays as non-invasive, inexpensive and accurate way of predicting therapy response in cancer patients looks set to further improve response rates of immune checkpoint inhibitors in general.