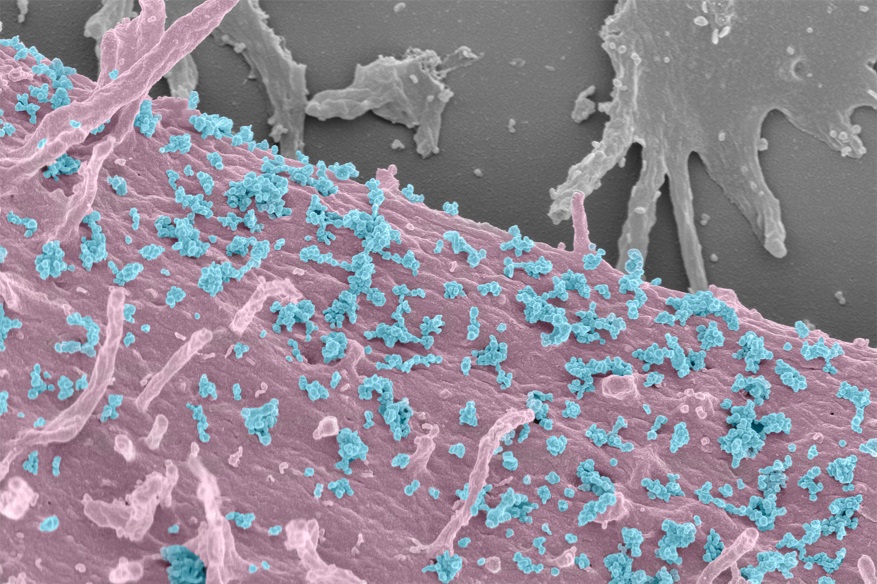 Exosomes are nanoscale lipid spheres secreted by cells. Each exosomes contain bits of the cell that produced it, packaged within the exosome and embedded in their walls. DNA, RNA and proteins are all carried. Study of this cargo material can reveal information about the status of cells that secrete them into blood and other body fluids. Moreover, exosomes have emerged as a fundamental mechanism of cell-to-cell communication. In addition to roles in development and tissue homeostasis, exosomes have been linked to disease. For example, exosomes have a role in preparing the metastatic niche for cancer cells. Almost everywhere researchers have looked, an important role for exosomes in disease pathogenesis has been identified. Consequently, many companies are now developing exosome diagnostic and therapeutic products and dozens of clinical trials are underway.

Alpha-synuclein forms aggregates in Parkinson’s disease which are associated with disease progression. These aggregates appear to spread from seed cells to surrounding cells. Most work has focussed on the role of neurons in the spread of these aggregates. These groups instead looked at microglial cells. Microglia are the professional phagocytic cells of the brain, playing a role similar to macrophages. The authors demonstrated that exosomes released by microglial cells containing alpha-synuclein were able to spread aggregates to neurons. Moreover, pro-inflammatory cytokines released by microglia made things worse, accelerating the development of aggregates.

The authors further showed that depleting microglia and inhibiting exosome secretion both slowed the development of aggregates. They suggest that exosomes may, therefore, be a target for therapy of Parkinson’s disease. But how to get a drug into the brain? One of the difficulties with the therapy of targets in the brain is the blood-brain barrier (BBB). This effectively prevents most large molecules and many small molecules gaining access. Many drugs simply do not cross into the brain. For example, in Parkinson’s disease, patients are treated with L-dopa rather than dopamine, because L-Dopa does cross the barrier and dopamine does not.

Drug development has a high failure rate and developing drugs for the brain literally has an additional barrier. Animal models are poor predictors: a drug’s ability to cross the BBB in animal models is not a good predictor of its potential in humans. However, a better in-vitro model may be at hand. Madeline Lancaster from Cambridge University presenting at the recent online Milner Symposium showed choroid plexus organoids provide an accurate assay to predict BBB penetration. Choroid plexus organoids form a large hollow vacuole at their centre. The choroid plexus filters blood to make cerebral spinal fluid (CSF). In a similar way, the organoids filtered the cell culture media and generate a fluid in their cavity which has a protein content similar to CSF. By measuring concentrations of a drug inside and outside the cavity, it is possible to predict BBB permeability. Very neat.