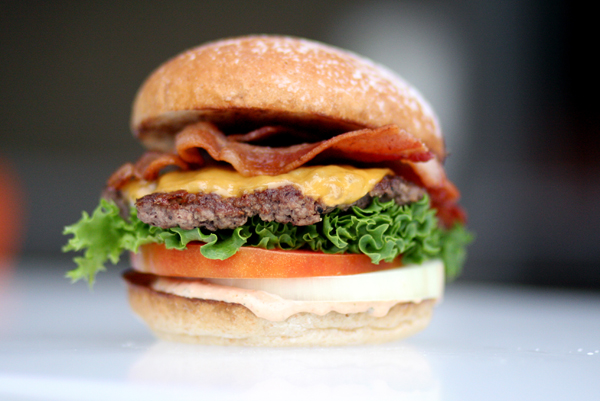 The first beefburger made from cells grown outside a cow cost a whopping $320,000, or > $1mn/kg. It was described as dry and flavourless. The challenge the nascent cultured meat industry then faced was to generate a product that looks, tastes and feels like meat and at a price that at least some consumers are prepared to pay. The good news is prices have now tumbled, still falling, and quality has improved. A $1.7 Trn global market beckons. Things are hotting up in the cultured meat kitchen.

Cultured meat is part of the larger Alt Meat sector which includes plant-based products. The potential benefits of cultured meat (aka clean meat, in-vitro meat, synthetic meat) and other cultured animal products such as milk and eggs (collectively known as cellular agriculture) are compelling. These include improved animal welfare, potentially reduced environmental impact and better disease control (no animal-borne pathogens or over-use of antibiotics). Currently, at least 37 cellular agriculture companies (see table below) have sprung up taking as much as $340 Mn investment each. These companies are concentrated primarily in Silicon Valley and Israel. Established companies, such as Nissin are also weighing in.

The time seems to be right for these companies, both from a market and a technology perspective. A growing number of consumers are shunning meat on ethical and health grounds. On the technology side, cell culture techniques are maturing: serum-free culture is increasingly common, and stem cell culture, providing limitless self-renewal of cells, is now well established. 3D cell culture and 3D printing are also rapidly gaining traction, allowing cells to be amassed in formations that, macroscopically at least, resemble natural meat.

Despite these drivers of change, there are many cultural obstacles that cultured meat and cellular agriculture face. The arguments in favour of cellular agriculture based on animal welfare grounds are clear. But cultured meat raises other more complex ethical issues and is likely to be as divisive as GMO. Prepare for more Franckenfood headlines such as this which may help kill the industry before it even gets going.

Legal battles have already been fought. Even assuming cultured meat was allowed onto supermarket shelves, would it be acceptable to call the product meat? Powerful lobby groups think not and some US states with strong farming sectors have already legislated against it. The reason for their concern is obvious. If cultured meat becomes widely consumed, current supply chains would be severely disrupted and the impact on rural communities would be significant. One way to mitigate this impact is to place the production of cultured meat in the hands of local farmers enabling them to modify their business model and remain viable within the rural community. Having cell culture media manufactured by the farmer should also help reduce transport-related greenhouse gas emissions. This would contribute to the reduced environmental impact anticipated for cultured meat although any real environmental benefit will depend on green energy sources.

Squeezing the remaining costs of production will be essential for commercial success. The real scope for savings is the cost of input material. Meat essentially contains three cell types: muscle cells, fat cells and connective cells. Each of these cell types has to be cultured and combined into the product. In cell culture, the main input costs are the base media and growth factors. Base media made at scale using simple components can likely be brought down to $1-$2 per litre. So the final scope for savings is the growth factors.

Some cells produce but don’t require growth factors. Companies such as Integriculture are using such cells to condition media before it reaches product cells. By doing so, they can also claim their product is free of recombinant growth factors – a divisive issue in traditional farming. However, feeder cells add a significant level of process complexity and most companies are opting for recombinant products which, with optimized production processes generating protein yields approaching 10g/L can be purchased at prices as low as <$10/mg.

There seems little room for improvement. However, apart from the cost of manufacture, reducing growth factor requirements may be a strategy worth pursuing. Growth factors are fragile proteins that rapidly degrade in cell culture media. Most of the growth factor added never even touches the cells. Delivering these growth factors to cells in a more efficient way could reduce waste

Suspension culture, in which cells are grown on the surface of microcarriers (microscopic particles), is an efficient and widely used process. Putting the growth factors in the microcarriers rather than in the media would enable growth factor supply directly to the cells rather than face degradation in the large volume of culture media. PODS growth factor crystals are particularly suitable for this – their robust nature means they could be readily incorporated into microcarrier production processes and their slow release eliminates the need for further addition during culture.

There is potential for innovations such as this to bring the cost of cultured meat down to <$5 per kg. If the meat, or whatever it is called, tastes as good as animal-produced meat and provides better product consistency, the impact on food production may be immense. That’s assuming of course that the ethics minefield can be navigated. The industry knows it needs to tread carefully.