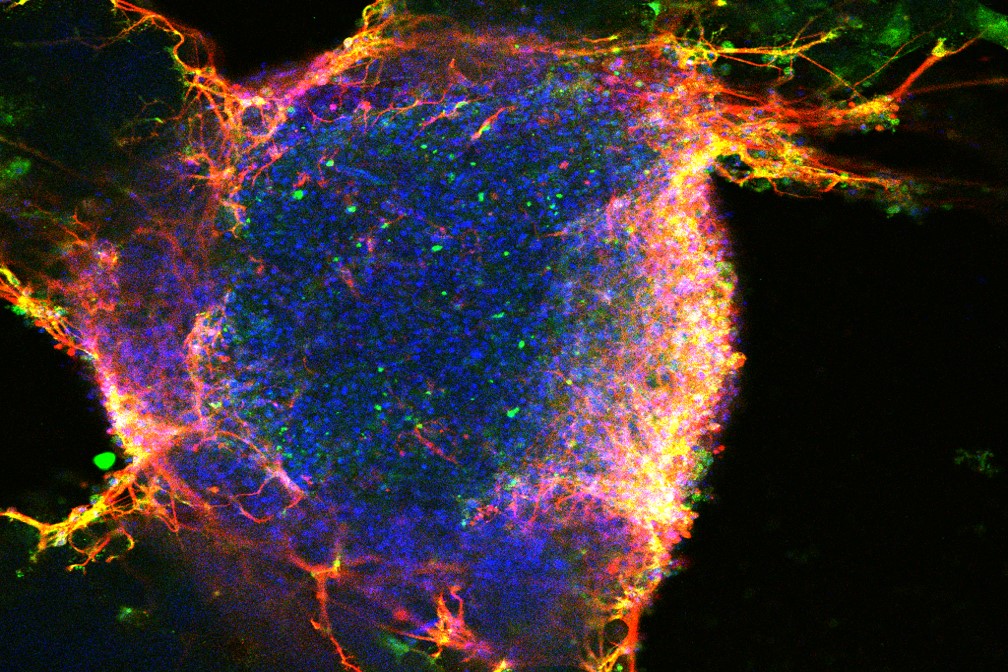 Irreversible hearing loss affects over 6% of people worldwide and likewise, 6% suffer from balance disorders. These are typically a result of the loss of hair cells within the inner ear which initiates a cascade of secondary events including loss of specialized neurons called Spiral Ganglion Neurons (SGNs), which link these hair cells to the brain. In mammals, hair cells lack regenerative capacity. Cochlear implants can help restore hearing, but without functional SGNs to integrate the implant with the brain, their performance is limited. At present, there are no approved medications specifically targeting sensory recovery.

In the hunt for new therapies, human pluripotent stem cells have remarkable potential for treating sensorineural hearing loss. However, the local environment of the inner ear requires a suitable niche to allow stem cell engraftment as well as neuronal differentiation. SGNs are differentiated from otic neuronal progenitor cells (ONPs). Transplants of ONPs grown in the lab from a patient’s own stem cells offer a potential way of fixing the issue. However, cells grown in vitro become adapted to conditions in the cell culture dish and can struggle to survive when returned to the patient, particularly when transplanted into the harsh nutrient-deprived environment of the inner ear.

In 2020, a study by scientists led by Dr. Akihiro Matsuoka, a Neurotology Specialist at Northwestern University in Chicago, demonstrated the benefits of using PODS® microcrystals as a delivery system to provide slow release of the growth factor Brain-Derived Neurotrophic Factor (BDNF), as a survival agent for implanted human embryonic stem cell-derived ONPs in the inner ear. The team found transplanted cells can benefit greatly from some support, provided by sustained release of BDNF, to get themselves established in their new environment. Although the number of surviving cells after 90 days was still only about 0.1% of the number transplanted, this was achieved without any immunosuppressant medication and significantly improved on previous studies by others.

Another observation was the improved quality of stem cell-derived-ONP maturation when cultured with PODS® BDNF crystals in vitro, which generated much longer neurite outgrowth. The improvements in survival that these cells achieved following transplantation and their improved phenotype demonstrate the benefits of neurotrophic PODS® crystals in providing a stable environment in vitro and supporting cells as they transition from in vitro to in vivo niches.

At Cell Guidance Systems, we offer an extensive catalog of PODS® growth factor crystals which can be used in a wide variety of 2D and 3D cell culture applications: