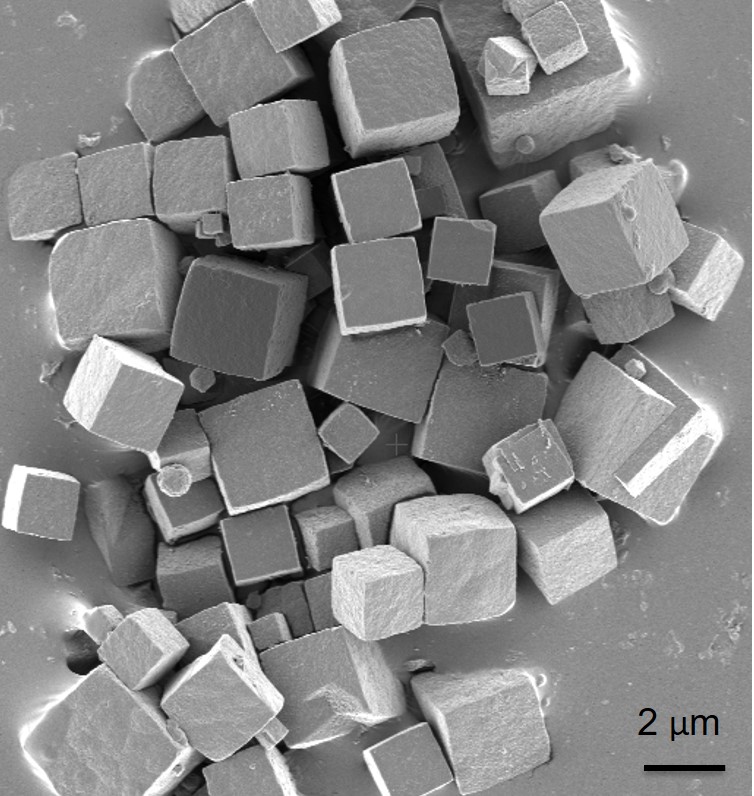 Growth factors (GFs), which include cytokines, are rather unstable proteins with half-lives sometimes as short as a few minutes. This instability is an important part of their function. Imagine GFs that persisted for months in-vivo: they would be widely diffused and their ability to define tissues would be lost.

PODS® growth factors provide slow, sustained release from a microscopic co-crystal depot. They can easily attach to surfaces and biomaterials and can be localized if needed.

In our lab, we've been looking to see how long these tiny crystals can keep pumping out their growth factor cargo. Proteases are needed to release the cargo. So we placed PODS incorporating CSF-2 (colony stimulating factor-2, alias G-CSF, a cytokine) cargo in a cell culture well containing 10% sera. We then monitored CSF-2 levels using an ELISA assay at regular intervals over a two month period. Two wells were set up. In the first well, all the media was replenished every week. In the second well, half the media was replaced twice a week. So in each case, the media was being removed and replenished at the same weekly rate but in a different way with/without mixing.

In the two wells with different interventions, we were asking the same question in different ways. As expected, half media changes retained the most growth factor in most weeks of analysis, but there was very little difference with full media changes. There was no evidence of a burst effect (very high levels of release in the first few hours).

Even in the final weeks of the experiment, the GF was still being released. It is quite amazing that such tiny devices, the largest of which is about 5 microns across, can still be working after two months of continuous use.