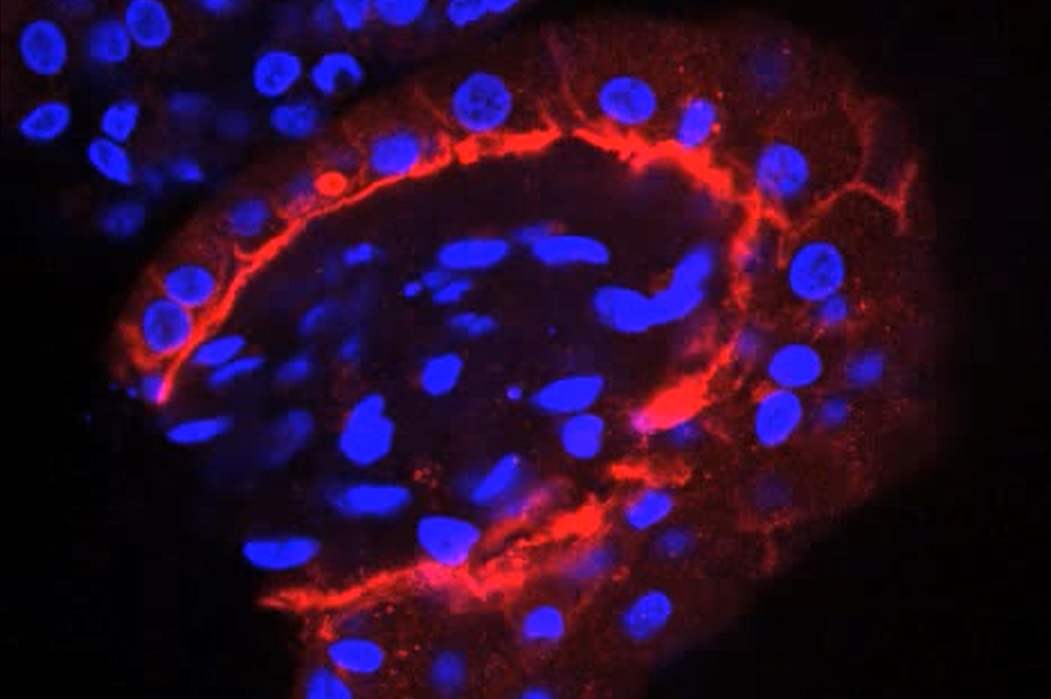 Three-dimensional (3D) culture systems are becoming increasingly popular in both biomedical research and in drug discovery. It is becoming widely accepted that in vitro 3D cell culture technologies have the ability to mimic tissue-like structures and both physiological and disease states more effectively than traditional two-dimensional (2D) monolayer cultures on plastic surfaces. Standard preclinical procedures for therapeutic agents rely on the identification of hit compounds from in vitro 2D culture assays and animal model studies, before being introduced to clinical trials. Reliable 3D cell culture models have great potential in circumventing the drawbacks of animal models that, aside from the high cost and ethical considerations, are not always able to accurately recapitulate human diseases or capture side effects of drugs such as liver toxicity.

Tissues in the body are mostly composed of different cell types surrounded by a complex 3D Extracellular Matrix (ECM) network. The ECM provides physical scaffolding for the cellular components but also initiates crucial biochemical and biomechanical cues that are required for tissue morphogenesis, differentiation and homeostasis.  3D culture systems provide growing opportunities to understand how cell-to-cell and cell-to-ECM interactions, tissue-specific stiffness, oxygen, growth factor and nutrient-mediated mechanisms can lead to changes in cell phenotype and alterations in drug response. Even though it has been a decade since the emergence of 3D culture, recreating complex tissue architecture currently remains a big challenge.

More 3D cellâ€based technologies are now becoming available to researchers enabling them to study more native 3D structure of cells in vitro. These technologies can be broadly divided into three areas described below. Due to the differences in complexity and functionality between tissues and organs, the selection of a suitable 3D model depends on the application, ranging from the simple cell spheroids to the complex 3D bioprinting structures.

Hydrogels are networks of cross-linked polymeric material which are generally composed of hydrophilic polymers with high water content. Cells can be mixed with hydrogels allowing the chemical and physical properties of the material to influence cell characteristics. Hydrogels can be of (a) biological origin (ie. Collagen type I, Fibrin, Matrigel, Alginate) or (b) synthetically engineered (ie. Polyethylene glycol [PEG], polylactic acid [PA], polyglycolic acid [PGA]) to mimic key properties of ECM such as stiffness, charge or adhesive moieties. In some synthetic hydrogels, growth factors, hormones or other biologically active molecules can be encapsulated to enhance cell proliferation or to promote a specific cell phenotype. Synthetic hydrogels have the advantage of being comparatively inexpensive,are relatively inert, have reproducible material properties that are usually easy to tune through synthesis or crosslinking, and are reproducible thus enabling more consistent results. On the other hand, unnatural polymers lack adhesive moieties found in natural ECM and require crosslinking of biological peptides to the scaffold to improve functionality.

Combining the approaches above with micropatterned plates and/or microfluidic devices can form hybrid culture systems that combine the advantages of both systems, to form a complex microenvironment for 3D cell culture. Micropatterned plates can also be manufactured to provide a scaffold-based 3D culture environment to promote cell attachment for the formation of continuous networks along surfaces and organoids. Currently, the most common applications for such scaffolds are for tissue regeneration recreating the natural physical and structural environment of bone, ligaments and cartilage, for skin, vasculature, skeletal muscle or CNS tissue and for preclinical in vitro 3D culture testing of tumoroids or engineered tissues (organoids).

Microfluidic devices are designed to allow cell culture under perfusion and allow for steady supplies of oxygen and nutrients while, at the same time, removing waste. These systems can mimic the shear forces found in vivo in cells that are exposed to blood flow such as endothelial cells. Microfluidic devices also allow for the continued application of drugs or other soluble molecules such as growth factors, or the exchange of fluid between different compartments that may harbour different types of cells. Microengineering of microfluidic devices also allows for the development of organ-on-a-chip platforms with 3D models having been described for a variety of organs including skin, muscle, liver and neural tissue, thus bridging in vitro cell culture and in vivo animal models. Organ-on-a-chip technology may show promise in providing advanced tools for drug development and high throughput screening (HTS) in the future.

The field of 3D cell culture has rapidly evolved over the past years and offers considerable promise with broad applications in drug development and toxicity testing for a wide variety of diseases ranging from cancer to fibrosis to cardiac and neurological disorders. Generating 3D cultures which are biologically relevant that also resemble in vivo tissue still remains a technical challenge. Furthermore, utilizing 3D cell culture for high throughput screening (HTS) in drug discovery is also challenging. Nevertheless, 3D cell culture systems show great promise in yielding results with higher predictive value for clinical outcome and better precision in the drug discovery process.

At Cell Guidance Systems, we offer a range of exciting products to help improve a wide variety of 2D and 3D cell culture applications: