Home Blog Does too little phagocytosis lead to autism? 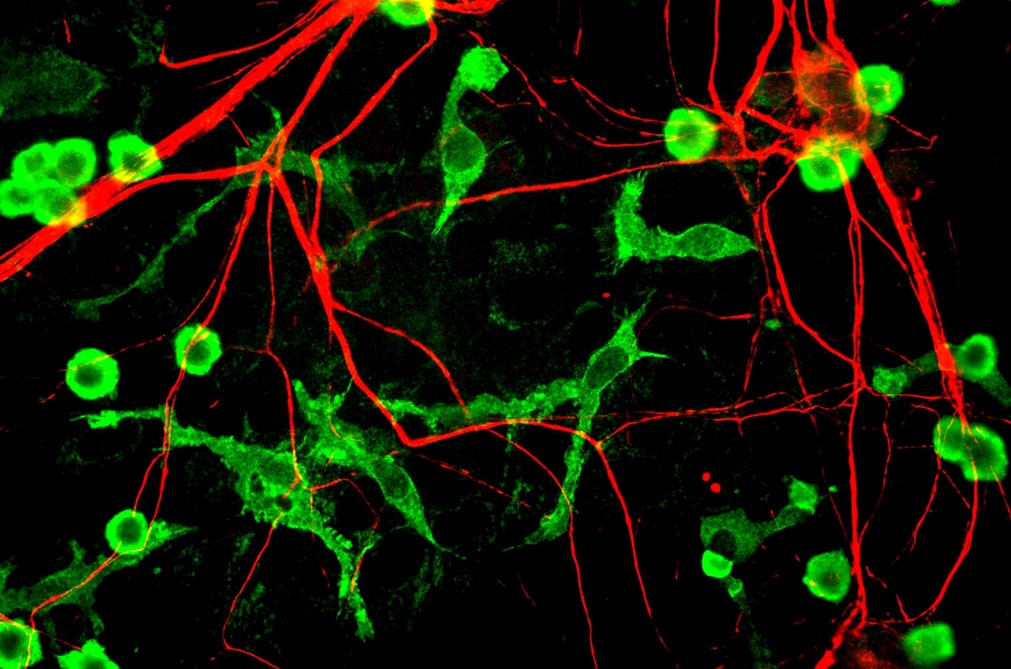 Tissue remodeling and homeostasis are the processes that modulate and maintain the size and shape of tissues. Phagocytosis plays an important role in these processes. A recent publication in PNAS provides evidence that a mutation that reduces the efficiency of phagocytosis may lead to abnormalities in brain development that are associated with enlarged brains seen in some instances of autism.

The cell membrane is a highly dynamic environment where particles constantly move into and out of the cell.  Cells have developed a variety of mechanisms to efficiently move particles into, across, and out of cells. These ingested particles range from 30 nm scale to entire cells.

This transport of bulky particles, termed cytosis, is broadly divided into (i) ingestion by endocytosis, pinocytosis, and phagocytosis, (ii) secretion by exocytosis and (iii) transport across the cell by transcytosis. Each of these processes draws on specific cellular mechanisms and machinery.

Phagocytosis, which has a key role in preventing infections, has been the most intensively studied and characterized of these processes. Typically, phagocytosis involves ingestion of particles great that 0.5 microns across. Professional phagocytic cells of the immune system such as neutrophils, macrophages, monocytes, dendritic cells and mast cells perform phagocytosis most efficiently and use phagocytosis to clear pathogens and remove excess cells to remodel tissue. In addition to these professional phagocytes, all other cells are capable of phagocytosis, but perform the process with varying degrees of efficiency. Chondrocytes are amongst the more efficient. These non-professional phagocytes can, for example, clear necrotic tissue.

Microglial cells are the tissue-resident macrophages of the brain and the main professional phagocyte. During development, one of the roles of microglial cells is to clear away unwanted brain cells. In addition to these physical parameters, targeting of cells for removal is dependent in part on the levels of expression of a protein called CD47. This cell surface protein provides a “don’t eat me” signal. CD47 has been particularly well characterized in cancer where overexpression by cancer cells leads to immune escape by reducing phagocytic attack by macrophages.

In a recent paper, researchers looked at a deletion of 16p11.2, that has been identified in some individuals with autism. They found that in brain cells grown in the lab, the deletion was associated with an increase in CD47 protein levels.

The 16p11.2 region harbors about 29 genes and it's not clear which of these genes might be involved in raising levels of CD47. Moreover, the researchers still don’t have a conclusive link between the increased CD47 expression and macrencephaly although it is clear how reduced phagocytosis caused by overexpression may lead to this effect.

So how might this finding translate into the clinic? We’re reaching a point where comprehensive prenatal genetic screens allowing treatment before autism takes hold will be routine. With monoclonal antibodies that provide a CD47 blockade currently in clinical trials to treat cancer, it is possible that these drugs could be repurposed to treat autism too.