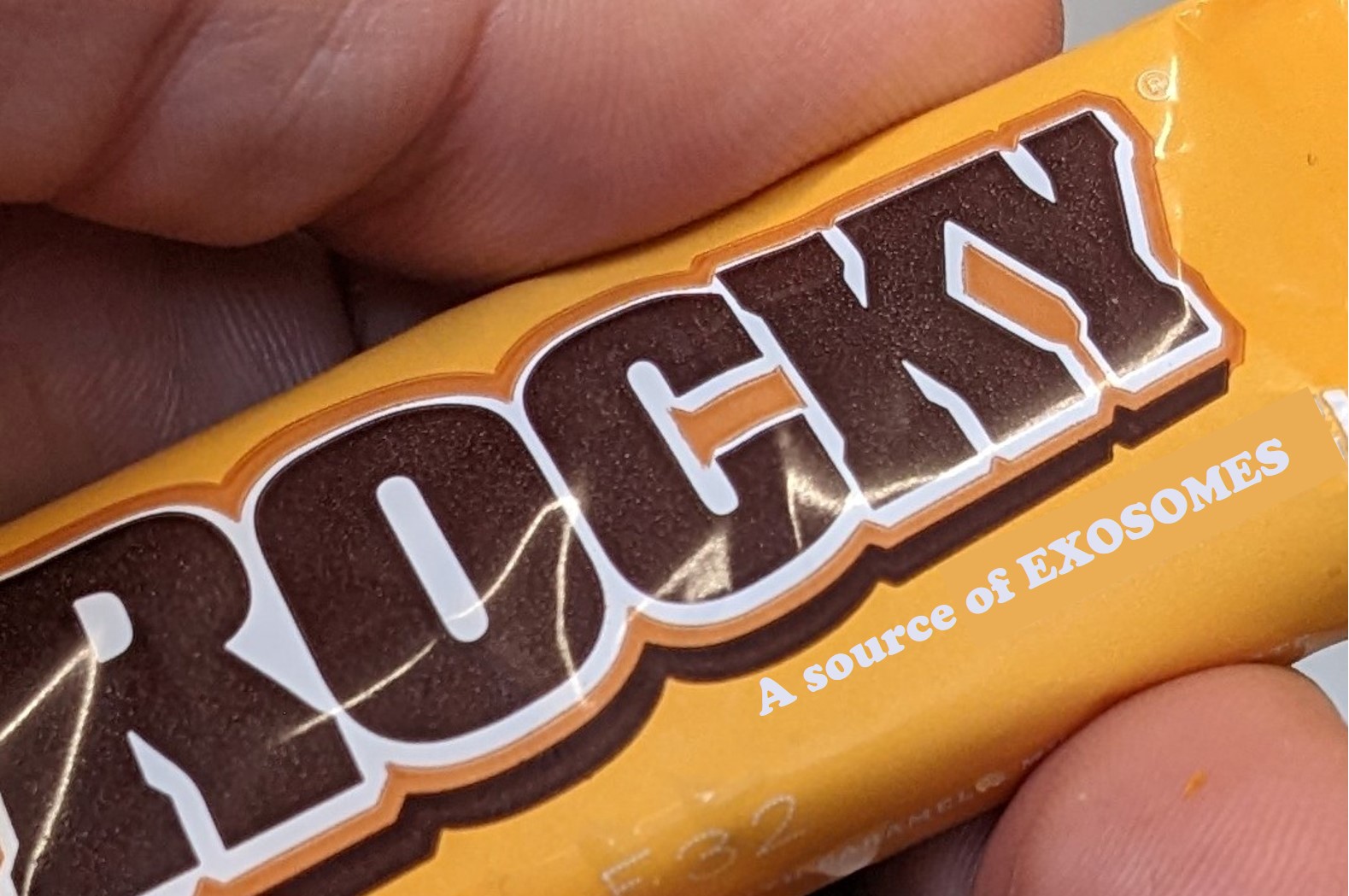 Anti-oxidants, omega-3, calcium and vitamins etc, have been linked to health benefits. Producers of foods containing these nutrients highlight these health-giving properties to promote sales. Might exosomes soon be added to the list? A growing understanding of the role of extracellular vesicles (EVs) points to the remarkable potential of food-derived exosomes (FDEs) as a distinct dietary component with nutritional benefits.

Exosomes have been isolated from fruits, vegetables, and most recently fungi. Similar to mammalian exosomes, these small extracellular vesicles (50–200 nm) are surrounded by a phospholipid bilayer and contain diverse cargo biomolecules such as proteins, lipids, RNAs and metabolites. Plant-derived exosomes use similar biogenesis and trafficking pathways to animal cells.

It wasn’t until 2012 that the role of exosomes in food started to gain widespread scientific attention as evidence emerged that exosomes from dietary sources might serve as cross-species “messengers” allowing the complex components of the food we eat to influence the function of our organs and tissues directly. An understanding of exactly what the exosome cargos might be doing is emerging. For example, exosomes from plants including grapes, grapefruit, ginger and carrots contain bioactive molecules that exhibit anti-inflammatory, anti-cancerous and regenerative properties.

Although cooking of food impacts exosomal content, many cargo micro-RNA molecules survive intact. FDEs are exposed to the complex environment of the digestive tract. But the phospholipid bilayer surrounding an exosome protects it from the harsh conditions providing a degree of stability and allowing absorption by cells lining the gut.

Gut bacteria are the first intestinal point of contact for food and take up FDEs. This may lead to an indirect influence on the host's health. Gut bacteria also produce their own EVs. Both dietary and microbiome-generated EVs have been intensively studied to understand how they may modulate irritable bowel disease. The gut microbiome also massively impacts our health beyond the gut including the genesis of diseases and the metabolism of oral drugs. FDEs may modulate this effect.

FDEs survive beyond the confined of the gut. In-vitro experiments with intestinal cells have identified exosome endocytosis. This has also been shown with cultures of human intestinal macrophages. Once assimilated, these orally delivered exosomes have also been tacked to distant organs. In addition to their effect on intestinal health, FDEs are carried from the gut in the circulatory system to accumulate in different organs. For example, Manca et al. demonstrated that oral administration of DiR-labeled milk exosomes carrying miRNA cargos accumulate in the liver brain, kidney and heart.