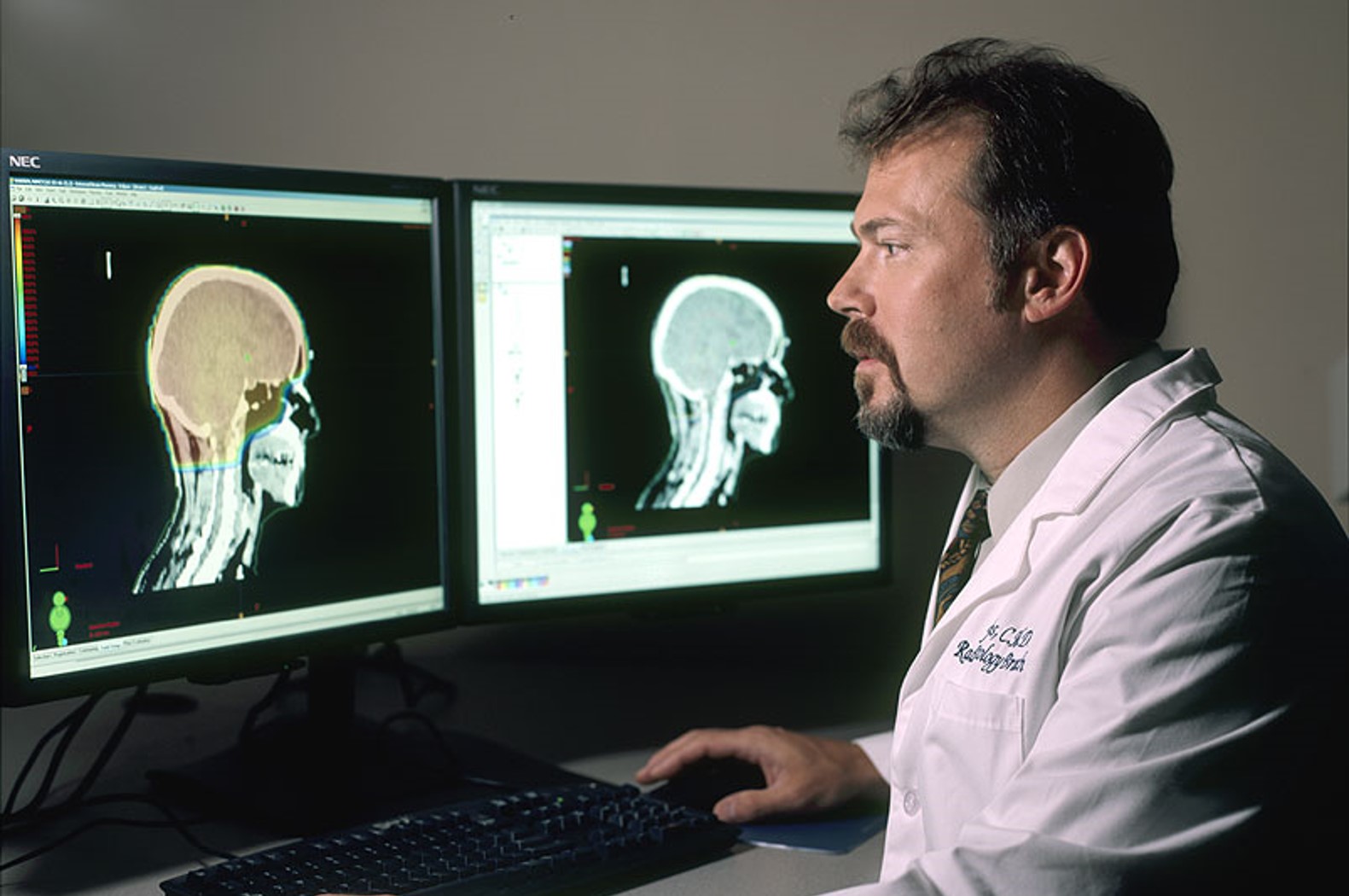 Radiation-induced bystander effects (RIBEs) describe damage to tissues that lie outside of the radiation field. Even though these tissues were not exposed to radiation, they demonstrate responses. Growing evidence supports a role for exosomes mediating these effects.

Radiotherapy is incredibly effective for the treatment of many cancers including breast, head and neck, and lung cancers. As a byproduct of radiotherapy, surrounding tissues may be affected by exposure to ionizing radiation used for this treatment.

Bystander responses include DNA damage, with mutations including oncogenic transformations that can result in secondary cancers, chromosomal damage, and instability, apoptosis, and senescence.

A variety of factors have been shown to mediate this phenomenon including growth factors, reactive oxygen species (ROS), cytokines, extracellular nucleotides, and exosomes.  These signaling molecules originating from irradiated cells mediate intercellular communication via gap junctions or are released into the extracellular space where they act in a paracrine or endocrine manner to elicit responses in non-irradiated cells.

The type of bystander effect seen depends on the area of irradiation. Patients receiving radiotherapy of the thoracic cavity – such as for the treatment of breast cancers – develop pulmonary inflammation, or pneumonitis, and about 25% of patients eventually develop pulmonary fibrosis.

Head and neck cancer patients also routinely receive radiotherapy as part of their treatment regimen.  Salivary glands are a common bystander tissue for these patients, with nearly all patients experiencing loss of saliva flow within the first week, most of which never recover function.

Brain cancers are also often treated with radiotherapy and radiation-induced bystander effects are observed in non-irradiated parts of the brain and elsewhere in the body.  Cognitive impairment has been reported in 50-90% of patients that survive longer than 6 months following whole-brain radiotherapy.

Interestingly, there are even instances of irradiation of a primary tumor resulting in what is coined the abscopal effect in distant metastases.  The abscopal effect describes instances where the radiation-induced bystander effect is actually beneficial, with an immune-cell mediated response to attack metastases in areas of the body that were not irradiated.  This rare phenomenon has been attributed to the actions of T cells and macrophages but remains poorly understood.

A recent study found that exosomes released from irradiated glioma cells resulted in significant cognitive impairment in mice.  Gliomas are cancers that arise from glial cells – a diverse population of cells found in the brain that were traditionally considered to serve a structural role, but have since been found to participate in a variety of functions.

Exosomes released from gliomas are also able to block neurogenesis or the synthesis of new neurons.  This inhibited neurogenesis has previously been proposed as a mechanism underlying radiation-induced cognitive impairment.  However, it was assumed that this was due to direct exposure to ionizing radiation where neural stem cells were depleted by radiation.

This study is not the only report to implicate exosomes and exosome-like vesicles (ELVs) in bystander effects following irradiation of the brain.  A prior study found that the exosomal microRNA, miRNA-7, was responsible for bystander effects observed in the lung following targeted brain irradiation.  Exosomes have also been investigated in other radiation models.  For example, in a recent study involving a model of whole-body irradiation in mice, researchers demonstrated that exosomes were responsible for the observed irradiation-induced intestinal injury.