Home Blog Just why do growth factors have such short half-lives? 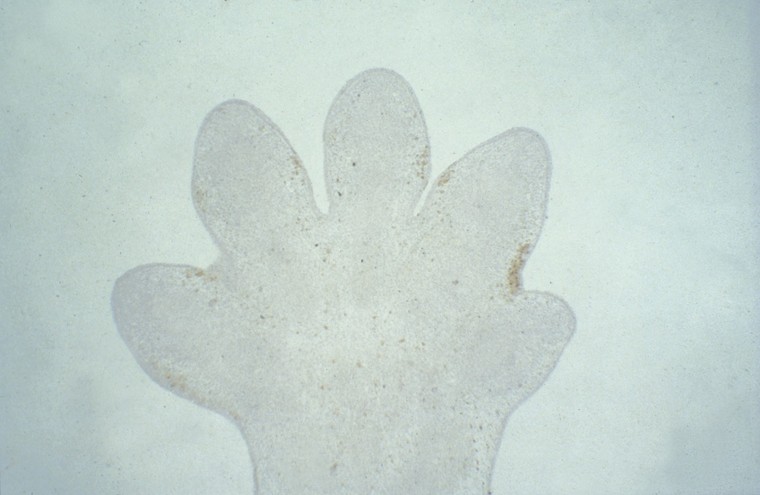 Anyone working in stem cell culture is painfully aware of the short half-lives of growth factors. These very expensive little proteins continuously degrade which means time and money spent replacing recombinant versions. Some growth factors have half-lives measured in minutes.  FGF1 (acidic FGF) is a case in point which limits its utility. But the ephemeral nature of growth factors is critical to their functionality.

Growth factors are crucial for embryogenesis, development (such as limb bud development shown above) and tissue homeostasis (maintaining the integrity and function of tissues and organs). Without growth factors and other molecules that allow communication, multicellular organisms would not exist.

Growth factor instability is a crucial part of their functionality. If growth factors, like antibodies, persisted for months, they would become more widely dispersed around the producing cell and their ability to modulate localized changes, which is critical for tissue homeostasis, would be lost.

At Cell Guidance Systems, we have recently had a look at the stability of FGF-2, a widely used growth factor. One of the major uses of FGF-2 is to support the maintenance of cells in a pluripotent state. In serum-free media, FGF-2 completely degrades within 24 hours.  Consequently, pluripotent cells need regular feeding with new media to replace FGF-2 that has degraded. The degradation isn’t primarily caused by cells metabolizing FGF-2. It is FGF-2 degrading in culture media with most molecules probably never touching a receptor.

Apart from being inefficient and wasteful, the constant fluctuations in growth factor levels that occur through cycles of degradation and replacement stress cultured cells and introduce experimental variability. In our labs, we’re exploring ways in which we can move the growth factor from the cell culture media to the substrate where the cells are actually growing. This ihas the potential to massively reduce growth factor waste and improve system stability. Take microcarrier culture, for example, only 1% of the volume of the culture system is occupied by the microcarriers. The other 99% is the media. Placing the growth factor in the media is akin to opening 100 restaurants on a high street so that a diner can get a meal by stopping at all of them, throwing away the uneaten food. Much better just to have one restaurant with food where the diner can get their meal.

Driven by a need to reduce waste, improve system stability and the consequent health of cells, we’re putting growth factors in the substrate, reconfiguring the culture system. We’re able to do so by using PODS® growth factors which are robust and slowly release their growth factor cargo. New products and biomaterials based on this idea are changing the way we are able to control and manipulate the cell.