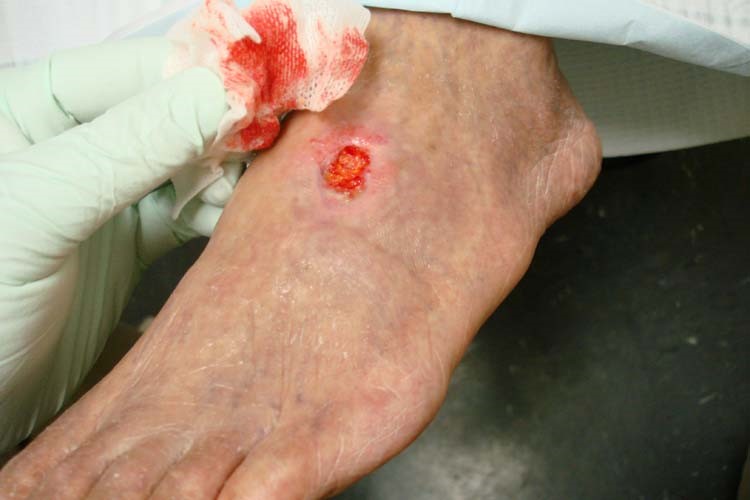 Inadequate blood supply to the skin can lead to the development of wounds. These so-called ischemic wounds affect millions of people and can lead to amputations or even loss of life.

Treatment options include wound dressing, topical medications, and surgery. Cell therapy has been used although the expense and other issues associated with cellular therapy, such as immune rejection, have limited the appeal of this approach.

Exosomes are increasingly being evaluated in clinical studies as an alternative to cell transplants and may offer improvements on traditional management of ischemic wounds without the drawbacks of cellular therapy. Exosomes may be derived from cells and used without further manipulation, or they may be loaded with cargos either by genetically modifying the production cell or by loading after purification using techniques such as electroporation.

Steven Moran, Atta Behfar, and their colleagues at the Mayo Clinic recently reported their studies in which they examined the use of exosomes containing TGF-β to treat chronic ischemic wounds.

The exosomes they used were purified from cell culture medium which had been conditioned with platelets harvested from donors using apheresis (a process in which the bulk of the blood is returned to the donor).

These platelet-derived exosomes were first assessed in-vitro with human umbilical vascular endothelial cells (HUVEC) cultured on a fibroblast support cell monolayer. In comparison with VEGF, a growth factor known to promote tube formation for HUVECs, the exosomes were superior in promoting HUVEC tube formation. Similarly, the exosomes efficiently promoted the growth of rabbit fibroblasts and human keratinocytes in in-vitro proliferation and scratch assays.

The researchers identified TGF-β as the most likely driver for the biological activity of exosomes and found that, indeed, TGF-β targets were upregulated following treatment of cells with exosomes and that co-incubation with an antibody directed against TGF-β abrogated the cells’ response to exosomes.

The researchers then went on to test the exosomes in a rabbit model of ischemic wounds in which ligatures to the rabbit’s ears were used to reduce blood flow. Wounds were treated with exosomes which were sealed in place with a hydrogel. In addition to accelerated wound healing in which the exosomes promoted reorganization of the wound tissue, reduced scaring was reported.

This is a comprehensive study that adds to a growing body of work that is developing exosomes as valuable therapeutic modalities.  Cell Guidance Systems is supporting this work with a range of leading tools and services for exosome research.