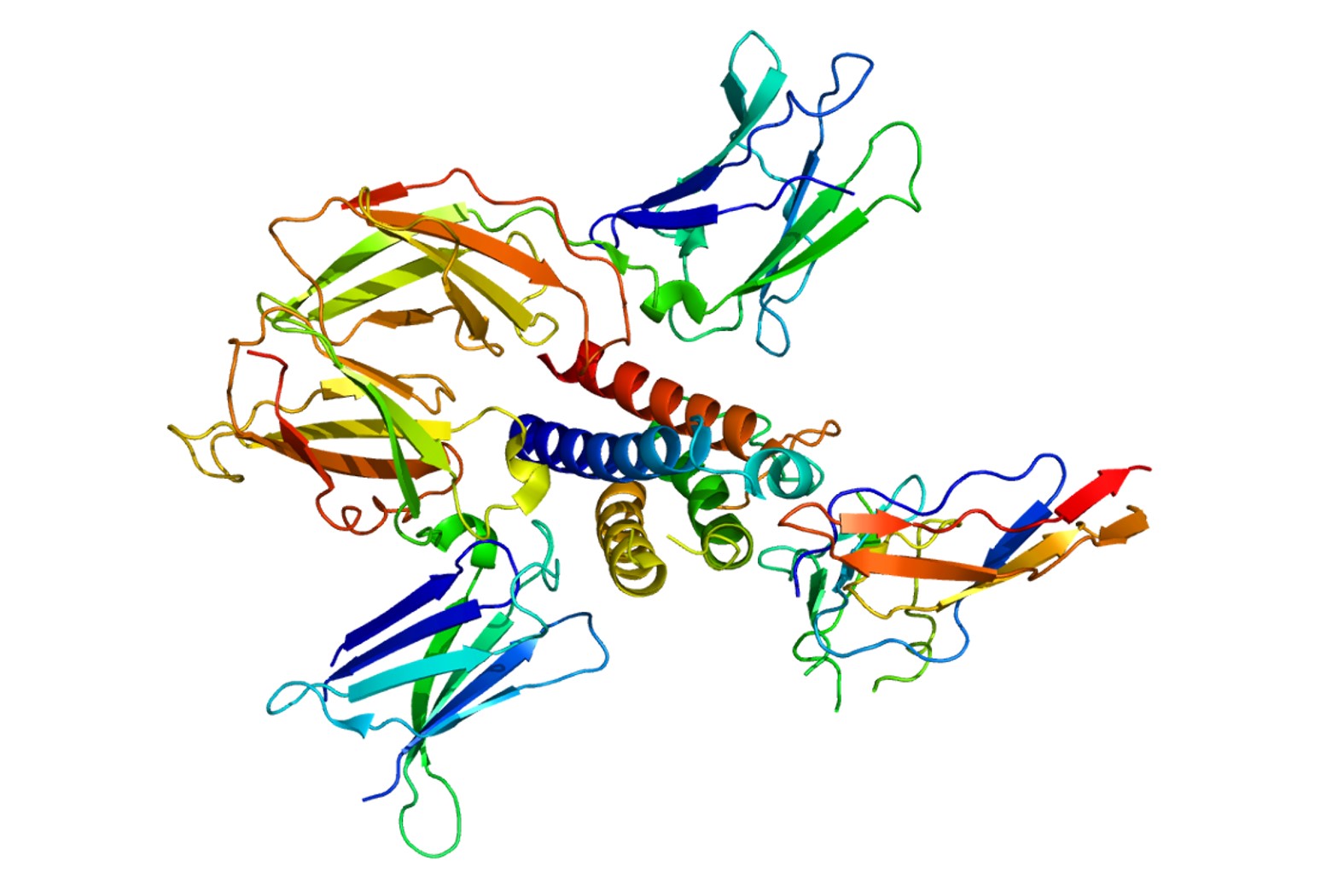 T-cells are an important part of the immune system’s defense against cancer, but these cells are often suppressed within the tumor microenvironment (TME). Boosting T-cell activity can tip the balance within the TME in favor of the immune response.

The IL-2 cytokine is a potent agonist and activator of T-cells and binds to three receptors (alpha, beta, gamma). These IL-2 receptors are also expressed in other cells, such as T-regulatory cells, making IL-2's effects difficult to control: Co-binding to beta and gamma receptors stimulates T cell proliferation, but binding to alpha as well can actually suppress T cells. If that wasn't enough complexity, although highly potent, IL-2 also suffers from a very short half-life so high doses are needed for therapeutic efficacy.

Proleukin (aldesleukin), a high-dose IL-2 therapy, was approved for cancer therapy nearly 30 years ago. As many as 5% of eligible patients with metastatic renal cell carcinoma and melanoma achieve lasting remission or cure. However, the severe toxic side-effects of high dose IL-2 therapy, notably vascular permeabilization, can be lethal and require hospitalization during treatment, often in intensive care. Controlling these severe side effects and improving half-life may transform the clinical utility of IL-2.

The therapeutic rationale is clear and many companies are now working to bring modified versions of IL-2 to market to treat cancer. These companies are well funded, and the diversity of approach, with at least three distinct strategies, offers hope that more than one improved IL-2 drug may eventually be approved.

Nektar Therapeutics, based in San Francisco, CA have used their PEGylation and polymer technology to develop Bempegaldesleukin which binds only to IL-2’s beta and gamma receptors. It is anticipated that avoiding the alpha receptor will reduce side effects.  Nektar has partnered with Bristol Myers Squibb (who provided up-front funding of $1.8 billion) to test Bempegaldesleukin in a wide range of cancers, some of which have already progressed to phase 3. The partners are also testing combination therapy with BMS’ Opdivo checkpoint inhibitor. Nektar also has a smaller collaboration with Eli Lilly (who injected $150 million). In August 2020, Nektar published results of a phase 1 escalation study of melanoma, renal cell cancer and lung cancer in which 7/38 patients achieved a complete response. Importantly, no severe side effects were reported.

Sanofi acquired Synthorx in 2019 for €2.3 billion ($2.5 billion). Synthorx’s core technology involves the use of artificial nucleotides to allow the incorporation of novel amino acids into proteins. Now entering phase 1 clinical trials, these proteins provide increased stability and can be tuned to have specific receptor interactions. Sanofi has bet big that THOR-707, an IL-2 derivative that avoids the alpha receptor, will become the cornerstone of its entire immuno-oncology platform which it is testing in combination with its $3.7Bn revenue-earning Keytruda PD-1 checkpoint inhibitor drug.

Werewolf Therapeutics, a pre-clinical company based in Cambridge, MA, utilizes a pro-IL2 which requires digestion by proteases for conversion to a mature form that binds the receptor. Since these proteases are enriched in the TME, activity is focussed there. Based on this technology, the company is also developing IL-12 and IFN-alpha therapies. Werewolf also plans to combine these with checkpoint inhibitor therapy. The company has raised about $180 million this year including $113 million from a successful IPO.

Xilio Therapeutics, based in Waltham, MA, is also following a protease cleavage strategy to unmask bioactive IL-2 within cancer cells. It is particularly focused on developing therapies for lung cancer. In its most recent fundraising, Xilio brought in an additional $95 million of capital.

Synthekine, a discovery-phase company based in Menlo Park, CA, is developing an “engineered partial agonist” technology that allows tuning of natural cytokines, such as IL-2 to selectively activate receptors on specific immune cell types improving ant-tumor efficacy. The company raised $82 million in a Series A investment.

Bright Peak Therapeutics, based in Basel, Switzerland, is a pre-clinical company that is attaching IL-2 to antibodies that increase the half-life of the antibody and which can be targeted to tumor-specific receptors to enhance avidity and potency. Bright Peak raised $35 million in 2020.

Neoluekin, based in Seattle, WA, reverse merged with Aquinox Therapeutics early in 2019 after Aquinox has suffered a phase 3 failure of its anti-inflammatory pain drug the previous summer. This gave Neoleukin development funds to develop a synthetic protein designed on a computer that looks like IL-2

Asher Bio, a pre-clinical company based in San Francisco, CA raised $55m in March 2021 to engineer IL-2 hybrids which have reduced affinity to their receptor but also have a second receptor binding antibody domain to enable binding to a cancer cell-specific receptor. This cis-targeting approach increases the specificity of the molecule to cancer cells reducing binding to non-target cells.

One other company has antibody conjugated IL-2 drugs in development:  Anaveon, based in Basel, Switzerland has antibody chimeras that avoid binding to the alpha receptor.

Also of note, IL-2 is also being developed for immunosuppression. Merck paid $1.9 billion for Pandion Therapeutics in February 2021 to acquire its IL-2 portfolio to treat autoimmune disease.

At Cell Guidance Systems, we’re exploring the possibility of using PODS® proteins to deliver IL-2 to cancer using a macrophage-mediated molecular Trojan horse approach. This approach has the potential to deliver IL-2 specifically to the site of cancer and maintain effective dosing for many weeks. You can read more about this research in a recent publication now in press.