Home Blog Beyond GFP: a growing and versatile molecular toolbox 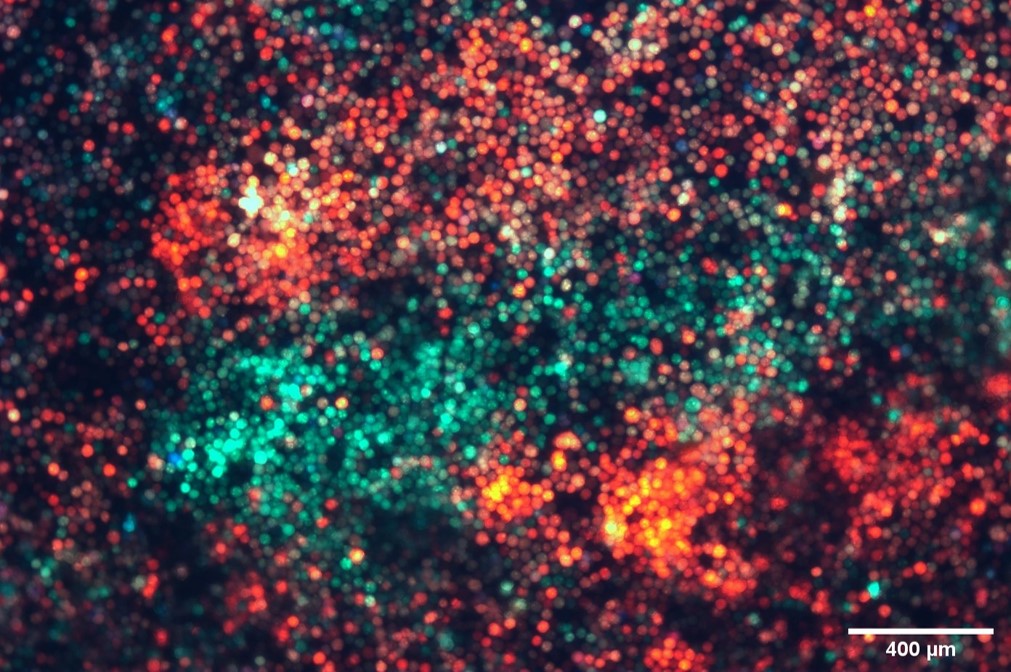 GFP has given rise to a powerful and versatile molecular toolbox. Cycles of rational design and directed mutagenesis, as well as the isolation of entirely new fluorophores from different species, are continuously pushing the capabilities of fluorescent protein (FP) biosensors to photophysical and biochemical extremes.

These novel molecular tools have helped illuminate cellular processes that would otherwise be hidden from view. Coupled with innovative optical imaging techniques, FPs now allow researchers to view cellular behaviors in unprecedented detail.  An important breakthrough in the field of bioimaging is the development of molecularly-targeted optical contrast agents that can be coupled with imaging equipment as a means of overcoming the contrast problem. FP-based biosensors are amongst the most exquisite and widely used.

The simplest design approach for FP biosensors is the intermolecular FRET-based system that employs a fusion of two compatible FPs via a peptide linker. Intermolecular FRET biosensors usually demonstrate a high dynamic range due to the overlapping excitation spectrum between the donor and acceptor FPs. However, variations in the expression/distribution levels and possible interactions with endogenous proteins may interfere with the accuracy of FRET measurements.

Many of the newer FP-based FRET biosensors (e.g. Picchu, Raichu, Eevee,) are so-called intramolecular probes that contain both the acceptor and donor components within a single polypeptide chain. Intramolecular probes offer greater ease of development and an inherently ratiometric fluorescent response as their expression/distribution can be equally controlled. Alternative strategies of dimerization-dependent FPs (ddFPs),  circularly permuted FPs (cpFPs)  and bimolecular fluorescence complementation (BiFC) have also been shown to overcome challenges of live-cell imaging for FRET.

The natural properties of the chromophore and its environment within FPs also made it possible to develop mutant variants sensitive to intracellular homeostasis—such as sensors of pH, ion gradients, redox environment, etc. Considering the importance of subcellular pH changes to protein stability and cell survival, pH-sensitive biosensors are amongst the most widely used.

A representative pH-sensitive FP is pHluorin and its variants. Starting with the wild-type GFP template, scientists have successfully engineered several novel pH-sensitive FPs with increased brightness/efficiency. These include pHlameleons, pHlemon, pHmScarlet amongst others.

Although FP biosensors have become indispensable research tools for bioscience research, there are still circumstances where classical FPs present some fundamental limitations. At this point, enter the modern photo-controllable FPs whose fluorescence is regulated by light irradiation at specific wavelengths.

These FPs can be divided into three main classes, namely, the photoactivable FPs that can be activated from a non-fluorescent state, the photoconvertible FPs that can change their emission spectrum and the photoswitchable FPs that can switch "on and off" reversibly. The members of this fluorescence toolkit have been applied in combination with other types of FP biosensors to further improve their utility—especially for super-resolution imaging.

Another class of FPs, fluorescent timer proteins are able to shift color from blue/green to red over time, therby adding an entirely new dimension to analyze the ‘history’ cellular activity. Since the first fluorescent timer was developed from DsRed-E5, concerted optimization efforts in this field have also generated the Fast, Medium and Slow fluorescent timers for monitoring cellular events occurring over different time scales from 15 mins to 10 hours.

An increasing understanding of the advantages and disadvantages of each FP and their influence on overall bioimaging performance is pushing the limits of bioimaging. A combination of  techniques is allowing the development of interesting biosensors for unique purposes. The advent of novel approaches, such as metal-enhanced fluorescence, voltage-sensitive FPs, bioorthogonal chemistry and CRISPR/Cas9-based fluorescence technologies, has also opened up an even more comprehensive range of potential applications.