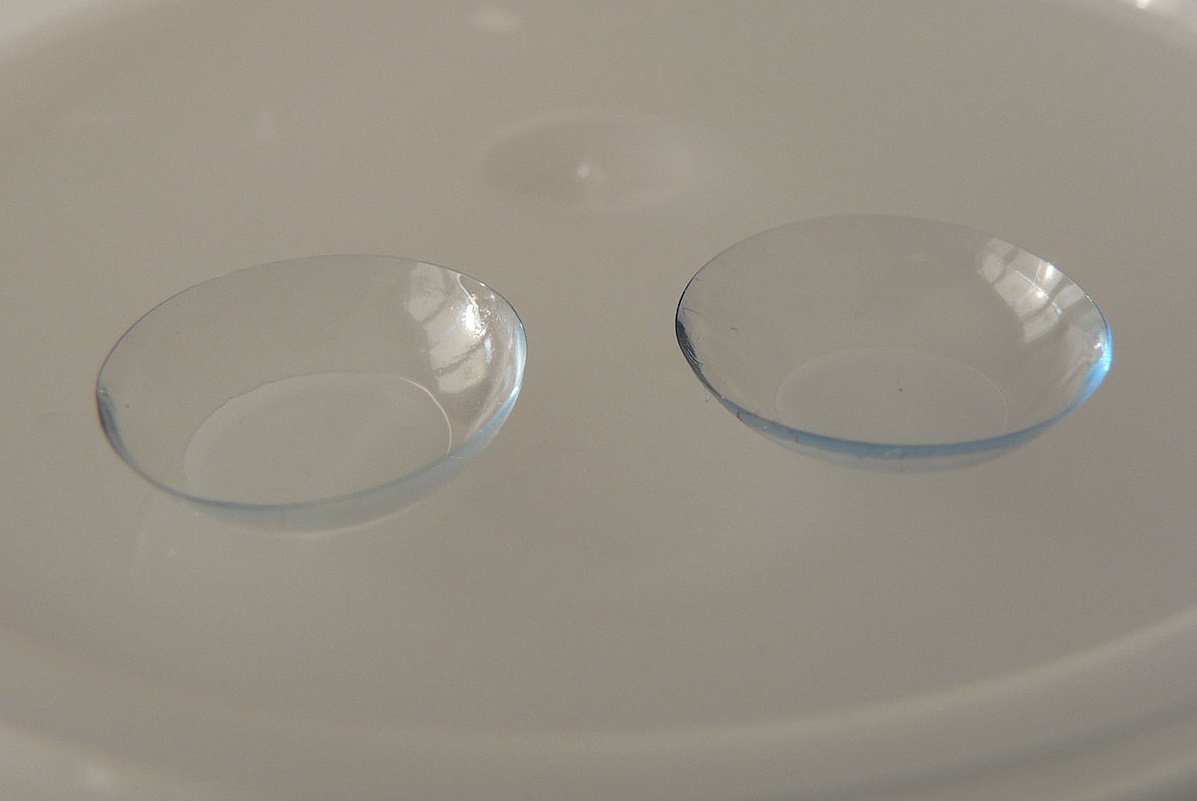 Hydrogels are defined as a 3-dimensional network capable of absorbing water without becoming solvated - a property they share with most soft tissues within the body. This similarity has led to rising levels of research focussed on using hydrogels in the field of tissue engineering and regeneration as analogues for ECM and assisting wound healing, as well as extensive use in contact lens production both for vision corrective as well as therapeutic treatments (Fig.1).

Hydrogels have had human biomedical applications spanning back to 1960 when Wichterle and Lim published a method for crosslinking 2-hydroxymethacrylate (HEMA) with Ethylene glycol dimethyacrylate (EGDMA) to form a stable gel, which was later applied to the production of contact lenses. 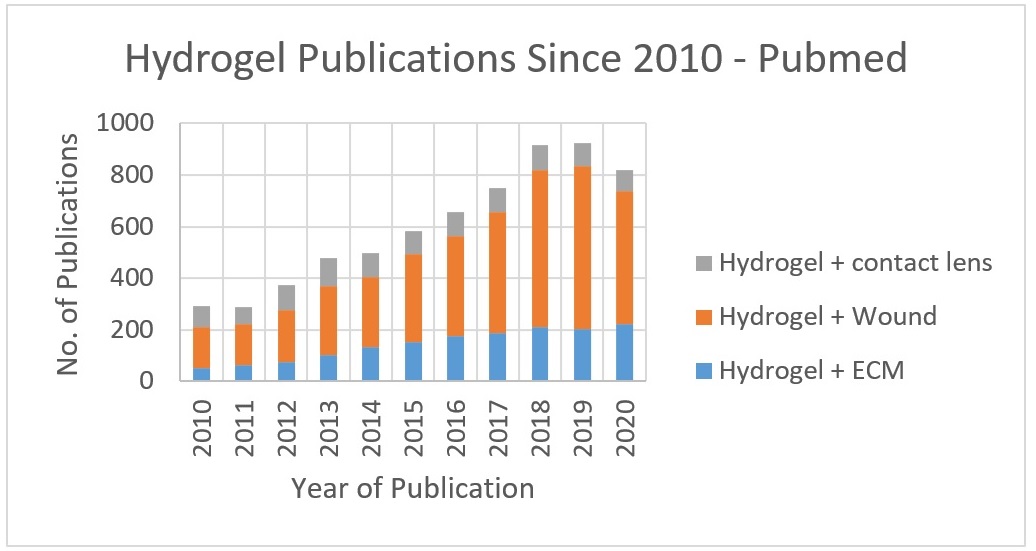 Hydrogels can be broadly classified as either natural - such as collagen, fibronectin, and laminin - or synthetic - such as polysaccharides, HEMA, and PEG.

The advantages of natural hydrogels include biocompatibility, biodegradability, and hydrophilicity. These attributes have made natural hydrogels a generally favoured solution for hydrogel-mediated drug delivery.

Modification can be performed in a variety of ways with the most common methods being either co-polymerisation with another active monomer or a terminal coating after polymerization. Copolymerisation offers the advantage of being able to modulate almost any attribute of the gel, but often requires specialist equipment/knowledge and the entire process must be performed in-house. Terminal coatings are much easier to apply, usually by simply incubating a set gel (which can even be purchased already made) with the coating agent. This typically uses naturally derived matrices, such as fibronectin, as the coating agent. These coating can help form a hybrid gel that has the surface properties of a natural gel (allowing for easy attachment on cells for example), but combines this with the sturdier core of synthetic gel.

As mentioned earlier, the synthetic hydrogels HEMA backbone-based hydrogels are, arguably, the most extensively studied. These are made with a HEMA monomer as the main component of the matrix, which is crosslinked to form the polymer. This basic hydrogel has then been modified numerous ways over the past 5 decades to modulate characteristics including swelling and haematopoietic compatibility, Young’s modulus and toughness, nanomechanical load and shear, and cell/microbial adhesion.

HEMA hydrogels are also the most developed in terms of approved clinical use. The most popular and familiar usage for HEMA hydrogels is the semi-rigid contact lenses that have been a market standard for decades. This development was originally made possible by copolymerising HEMA monomers with silicone-based monomers to improve O2 permeability, therefore extending the period over which the lens can be continuously worn.

The latest developments of HEMA hydrogels are focussing mainly on combining HEMA with other polymers or side chains in order to offset particular weaknesses in unmodified hydrogel applications. For example, a recent study involving spinal cord injury repair in rats showed promising results utilising the strength of a HEMA hydrogel, but combined it with fibronectin (a glycoprotein produced by astrocytes after spinal cord injury) in order to improve blood vessel and tissue infiltration of the implant.  Another study, combining HEMA with a separate synthetic matrix, aimed to use a hydrophilic packaging to allow for a reservoir of cytotoxic chemotherapeutics to be implanted into the eye to treat retinoblastoma. The initial results in porcine models showed the ability of the dual-layered implant to deliver an effective dose to the vitreous humour of the eye over an extended period.  This approach also has the potential for limiting the off-target effects of systemic chemotherapy (which can result in complications including deafness, secondary infection, and neutropenia).