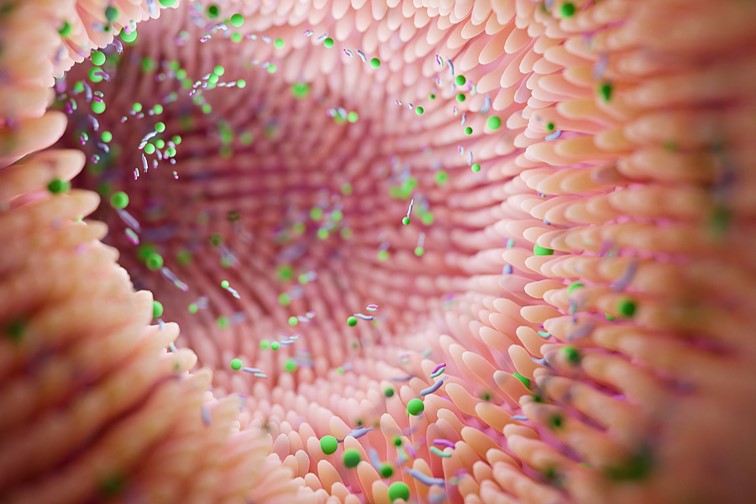 The goal of precision medicine is to understand the factors that contribute to the variability in the pharmacokinetics and pharmacodynamics of the drugs. It is now clear that the gut microbiome plays a critical role in the markedly different responses of individuals to identical drug therapy.

An individual is never truly alone. They are, in fact, living in a symbiotic relationship with trillions of microbes, mostly in the gut, which form the gut microbiome. This community of microorganisms is unique to each individual. It carries roughly 150 times more genes than the human genome, contributing to a vast pool of proteins and metabolic activity that are crucial not only for the innate maintenance of health but also in extending the metabolic capacity of their host in processing xenobiotics and rectifying homeostatic imbalances.

The last decade has witnessed some exciting discoveries describing the intricate eco-evolutionary dynamics of the human-gut microbiome symbiosis in a changing nutritional environment and their influence on health and disease. In particular, an increasing number of studies describe the role of the gut microbiome as an ‘individual metabolic organ’ responsible for the first-pass metabolism of xenobiotics, particularly orally administered drugs. This initial metabolism redefines the pharmacokinetics and pharmacodynamics of many drugs outside of host genetic polymorphisms, xenobiotic partitioning/distribution and other factors of inter-individual variability.

Broadly speaking, the gut microbiome interacts with drugs via microbiome-host co-metabolism, both directly and indirectly. Direct interactions include the secretion of microbiome-derived enzymes involved in drug biotransformation that can alter the drug’s pharmacomicrobiomics - a concept coined to denote the effect of microbiome variations on therapeutic outcomes. Indirect interactions include the production of microbiome-derived metabolites and/or extracellular vesicles (exosomes) that can regulate the expression/activity of host drug-metabolising enzyme machinery.

When considering the influence of the gut microbiome on drug response, the bidirectional effect of drugs on the gut microbiome should also be considered. It is well known that orally administered drugs can change the intestinal microenvironment and affect microbial metabolism, resulting in dysbiosis (an imbalance in in the gut microbiota associated with disease) mediated adverse effects. A common example is antibiotic-induced microbiome dysbiosis which not only increases susceptibility to infection but also impairs immune homeostasis. Beyond antibiotics, population-based studies have revealed that commonly used drugs—such as Metformin and laxatives—can also affect the gut microbiome.

The realisation of this intricate relationship has altered the concept of drug-microbiome interactions, shifting the influencer role from the drugs to an appreciation of microbiome-drug interplay. Elucidation of these microbial contributions now represents plausible intermediate targets to improve rational drug design and promote the development of personalised medicine. Further exploration of this topic also warrants the potential of gut microbiome-targeted manipulation for increasing drug efficacy and improving metabolic health.

A drug does not need to be orally administered to be affected by the gut microbiome.  For example, a series of experimental and clinical studies of immune checkpoint inhibitor drugs (intravenously injected antibodies used to modulate the immune response to cancer) has shown that their efficacy is modulated by an individual’s gut microbiome. Individuals who do not respond to treatment can subsequently achieve a better response after receiving a faecal transplant from good responders.

However, despite numerous efforts, the specific roles and mechanisms underlying gut microbiome modulation on drug metabolism are still largely unexplored. Although the topic has been investigated for decades, only about 40 drugs and/or natural products have been characterised thus far. Most of the studies are still in the primary stage and strain-/drug-specific due to the complexity of the gut microbiome itself, interindividual differences, and difficulty in the culture of the microorganisms.

Nevertheless, in recent years, microbiome research has grown rapidly with the striking innovation of systemic, culture-independent approaches such as microbiome sequencing and metabolomics. In addition, the rapid and substantial growth of the Human Microbiome Project also opens new horizons for studying pharmacomicrobiomics.

We are still at the early stages of envisaging the developing fields that lie at the intersection of microbiology, pharmacogenomics and personalised medicine. Looking forward, there is still a considerable challenge in understanding how to utilise knowledge of gut microbiome composition/function beyond descriptive studies. However, as the field advances, the improved resolution of microbial functions at single species/strain levels in the area of ‘functional metagenome’ warrants the potential to translate this knowledge into diagnostic and clinical measures.