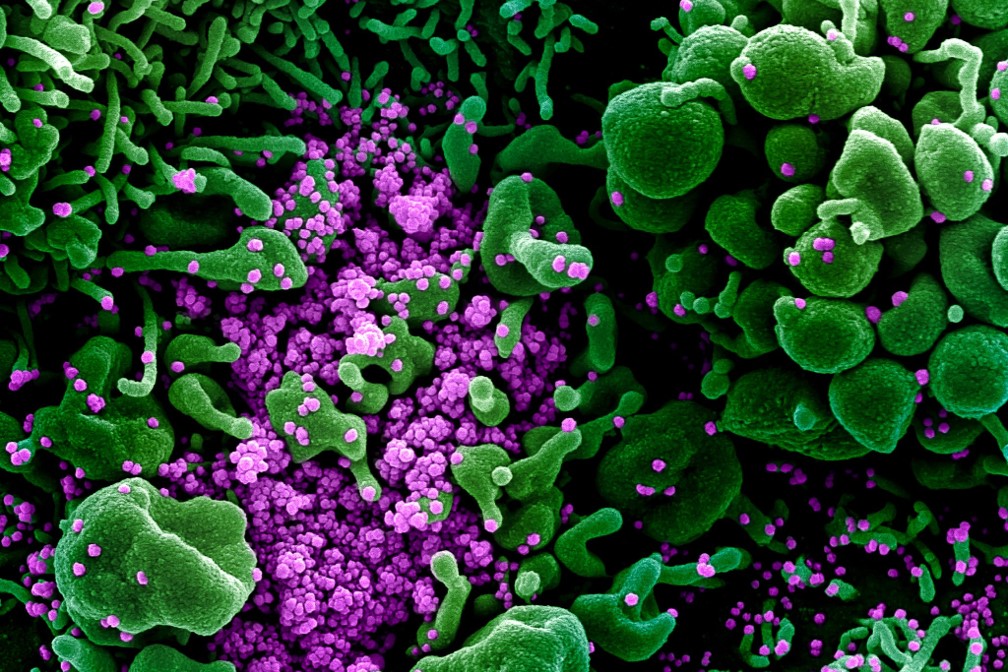 On the face of it, exosomes and viruses have many things in common, including their size, lipid coat, and the ability to transport RNA and proteins between cells. Exosomes and viruses co-purify using techniques including size exclusion chromatography. Are these similarities a coincidence or is there a shared past?

Exosomes are a subtype of Extracellular vesicles (EVs), lipid membrane-enclosed compartments ranging in size from 50- to 1000-nm in diameter that are released from every cell type and tissue.  They contain cellular components such as proteins, bioactive lipids, and nucleic acids.

Although they contain cellular components of the parent cell, exosomes do not simply reconstitute parental cell composition through passive generation. Instead, exosomes appear to be actively synthesized.  Until relatively recently they were underappreciated, but it is now clear that EVs serve as important transporters of signaling molecules between cells.

Viruses, particularly retroviruses, resemble exosomes in terms of size, composition, and function.  Exosomes range from 30-150nm in diameter.  This is a similar size range to viruses which range from 25-250 nm, with retroviruses ranging from 100-200 nm.

Like enveloped viruses, exosomes are surrounded by a lipid membrane coat studded with proteins that were acquired from the plasma membrane of the cell. Their biosynthesis also utilizes similar pathways. Like viruses, endosomal vesicles – later to be secreted as exosomes – originate from the endosomal system. Here, intraluminal vesicles (ILVs) are formed by invagination of the endosomal membrane. The packaging of these vesicles with bioactive lipids, nucleic acids, and proteins requires the involvement of endosomal sorting complex required for transport (ESCRT). The ESCRT pathway is also utilized by many viruses.

Both exosomes and retroviruses bind to other cells, fuse their membranes with the host cell, and deliver their contents and promote a variety of signaling processes.

Viral genomes can be comprised of either single- or double-stranded RNA or DNA. Both exosomes and viruses deliver nucleic acids to cells.  The role of exosomal microRNAs (miRNAs) and other exosomal RNAs in mediating physiological and pathological signaling processes has been studied extensively (including groups in Olomouc, Toronto, and Chicago).

Also in common, exosomes and other EVs mediate the exchange of genetic material.  Retroviruses must integrate their genetic material into the host cell genome.  In fact, about 8% of the human genome is the artifact of historical viral infection.

Exosomes are not viruses, but may help them

Exosomes released from viral-infected cells can incorporate viral proteins and nucleic acids in the endosome via the ESCRT pathway. By definition, a virus can replicate by using host machinery.  Exosomes do not replicate in recipient cells. Each cell has an innate ability to make its own exosomes. Thus, an exosome or other EV cannot be a virus because they cannot replicate. However, exosomes that were generated within the endosomal system of a virally infected cell (and therefore contain viral proteins or nucleic acids) are capable of transporting those viral components to other cells, which can either be directly harmful to the cell or mediate viral infection that is occurring simultaneously. In some instances, mature virions have been transported in EVs. Recently, some virologists have recognized vesicles ferrying viral components as important components of viral infection.

Exosomes have been shown to both aid and inhibit infection. For example, EVs released from HIV infected cells that incorporate the HIV virulence factor Nef can deliver Nef to CD4+ T cells, leading to their death.  Conversely, exosomes that incorporate the receptor CD4 and display it on their membrane can bind viral particles, keeping them from infecting permissive cells.  Considering this latter finding, one concern is that circulating exosomes that present viral antigens on their membrane may act as a decoy inhibiting the activity of antibodies or therapeutics from recognizing virions.

Because of their similar physical properties, the techniques used by researchers for purification of exosomes and virions are also similar.

Polyethylene glycol (PEG) can be used to precipitate both exosomes and viral particles. PEG precipitation is commonly used in commercially available exosome isolation kits and has been harnessed for isolation of many different viruses for many years. Again, you cannot separate viruses and exosomes with this protocol.

However, affinity-based purification which uses antibodies that speicifcally bind to cell surface proteins which vary between exosomes and viruses can discriminate between them and are used to isolate specific populations of exosomes.