Home Blog Jelly on a plate 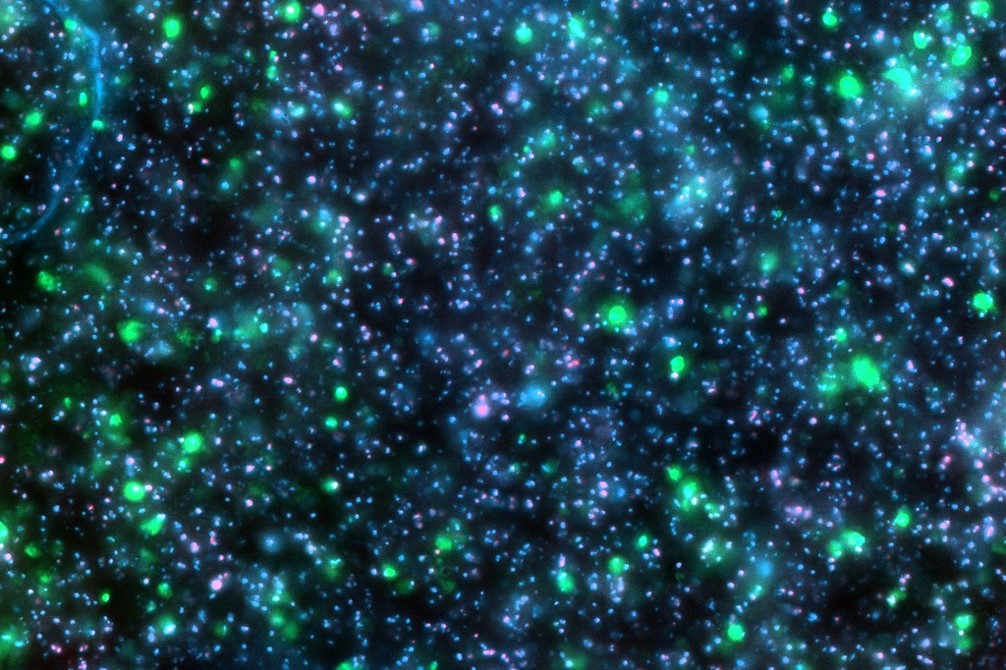 Major differences in cell behaviour develop when cells are cultured on petri dishes or hard material surfaces instead of their native biological environment. Biomaterials, particularly hydrogels, which can bridge this gap, are a key area of cell research.

Hydrogels are naturally occurring or synthetic polymers which are able to take up and retain a significant amount of water -  up to a thousand times their dry weight. This property and their biocompatible nature has made hydrogels of great interest as a use for biomaterial research.

A hydrogel’s ability to take up water is dependent on the hydrophilic nature of the molecules, usually amino acids, which form extensive cross-linked chains. The polysaccharides in hydrogels are also hydrophilic. Water initially interacts with the most polar and hydrophilic groups of the polymer. These water molecules are known as the primary bound water and this binding causes the polymer to begin to swell, exposing hydrophobic groups which can now interact with water molecules which are known as secondary bound water. This combination is called total bound water and causes more water molecules to enter the polymer via the osmotic driving force of these chains. This free water will continue to influx until it is opposed by the crosslinked network of the molecules, reaching a swelling equilibrium. This water absorption can change the mechanical properties of the hydrogel creating characteristics akin to biological tissues.

Hydrogels vs gels: what’s the difference?

There are distinct differences between hydrogels and gels. A hydrogel is a matrix of molecules in which water molecules are trapped. In contrast, a gel is water in which other molecules are suspended at high concentrations. In practical terms, a gel is malleable into different shapes whereas a hydrogel, although it can be deformed, is not fluid. For example, an agarose jelly, that retains its shape from a mould, is a hydrogel. Shower gel products and toothpaste are examples of gels. 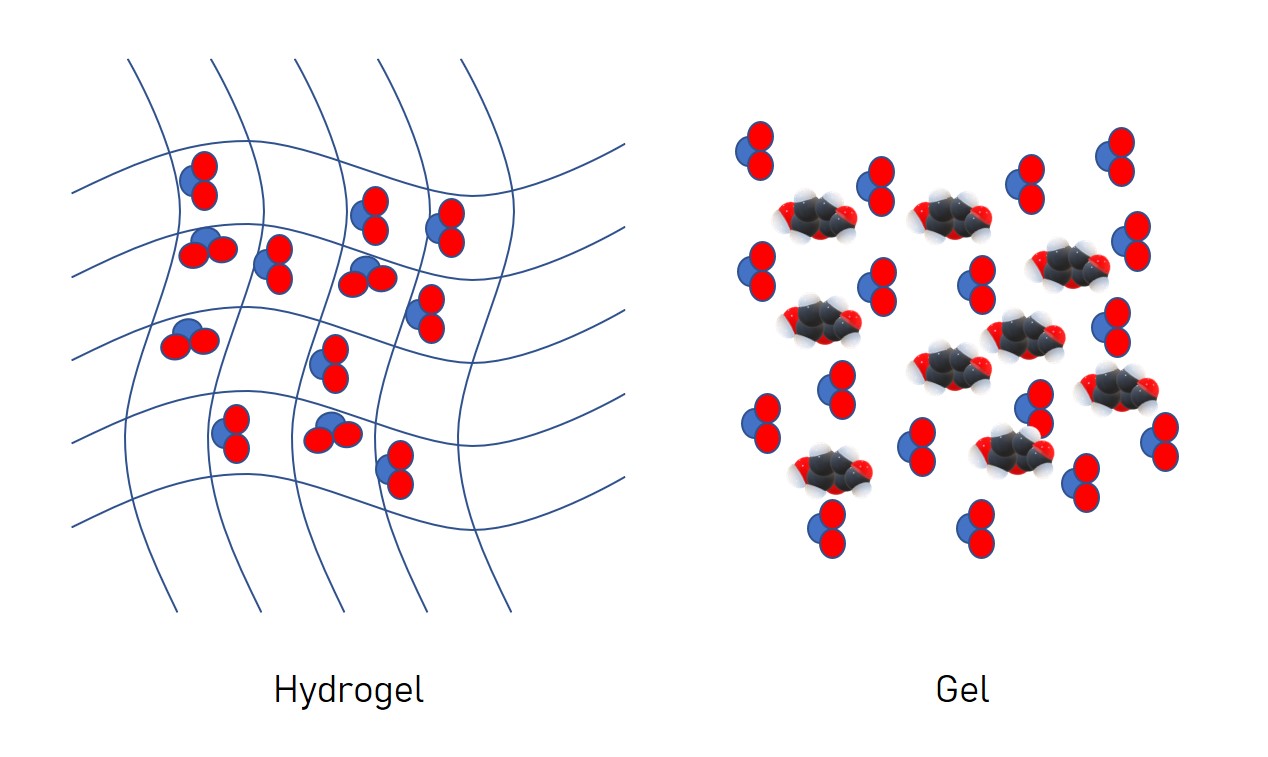 The viscoelastic nature of hydrogels makes them useful as scaffolds for biological tissue. A purely elastic material changes shape (deforms) instantly in response to a load or force. As long as it is not taken past its critical strain point, the material will return to its original state once this force is released - a well-known example being rubber. Viscosity is a measure of a material’s ability to flow. A highly-viscous material will flow less than a low-viscosity material (e.g. honey versus water).

Very high viscosity materials often seem similar to solids. However, unlike solids, the flow (or viscosity) can be measured. This is conducted by applying a load (i.e. a force) at a constant rate and investigating how much the material will deform. Once the load is removed the viscous material does not return to its original shape.

The strain rate is often affected by environmental factors such as temperature.  For example, the warmer it is, the more the material will flow. This behaviour is often seen when e.g. chocolate spread is used at room temperature compared to being used straight from the fridge. A viscoelastic material combines elements of both of these properties with a time dependant response to mechanical loading leading to deformation when a force is applied and a recovery in a time dependent manner when the force is removed.

The viscoelastic behaviour of biomaterials to forces is important to understand. It defines the ability of the material to be able to hold its shape whilst allowing cells to adhere, proliferate and migrate through it as well as growth factors to diffuse through and reach the cells as in the case of tissue engineering.

The viscoelasticity properties are measured using rheology, investigating how a material responds to forces. Rheology enables researchers to make predictions about the suitability of a material for a particular application. Measurements are made using a rheometer which subjects the tested material to forces by rotating adjacent plates back and forth (the lower plate is usually stationary whilst the upper plate rotates).  It is usually conducted within the linear viscoelastic region of a material. The responses of the material are recorded and can be separated into the elastic response which is generated in phase with the force. This is quantified as the elastic or storage modulus known as G’ and is the contribution of the resistance of the biomaterial polymer to deformation. The viscous response, which lags behind the force, is quantified as the viscous or loss modulus - G’’. This is the contribution of the water (which is viewed as inelastic or viscous) to the resistance to deformation of the material. Furthermore, the relationship of these measurements is denoted by the complex modulus (G*). It describes the rigidity and ability of the material to recover its original shape if it isn’t taken past its yield point. For example, a material with a higher G’ relative to G’’ is more solid than liquid and vice versa.

The ideal characteristics of a hydrogel will be guided by its use and the needs of the cell type and growth factors to perform optimally. Cells apply forces during growth and so the ability of the hydrogel to respond appropriately is also important. These are influenced by a number of features. One widely studied example is the formation of crosslinks between the polymers. In this case, if the crosslinking density of the hydrogel is high, although it can lend the hydrogel good mechanical strength it may render cells effectively immobile and hinder the passage of growth factors. Thus, viscoelastic measurements are important to understand the mechanical properties of the biomaterial and its interaction relative to forces exerted in a biological system.

For researchers in Europe, Cell Guidance Systems offers the Matrigen range of pre-made hydrogels of varying elasticity in a variety of formats.