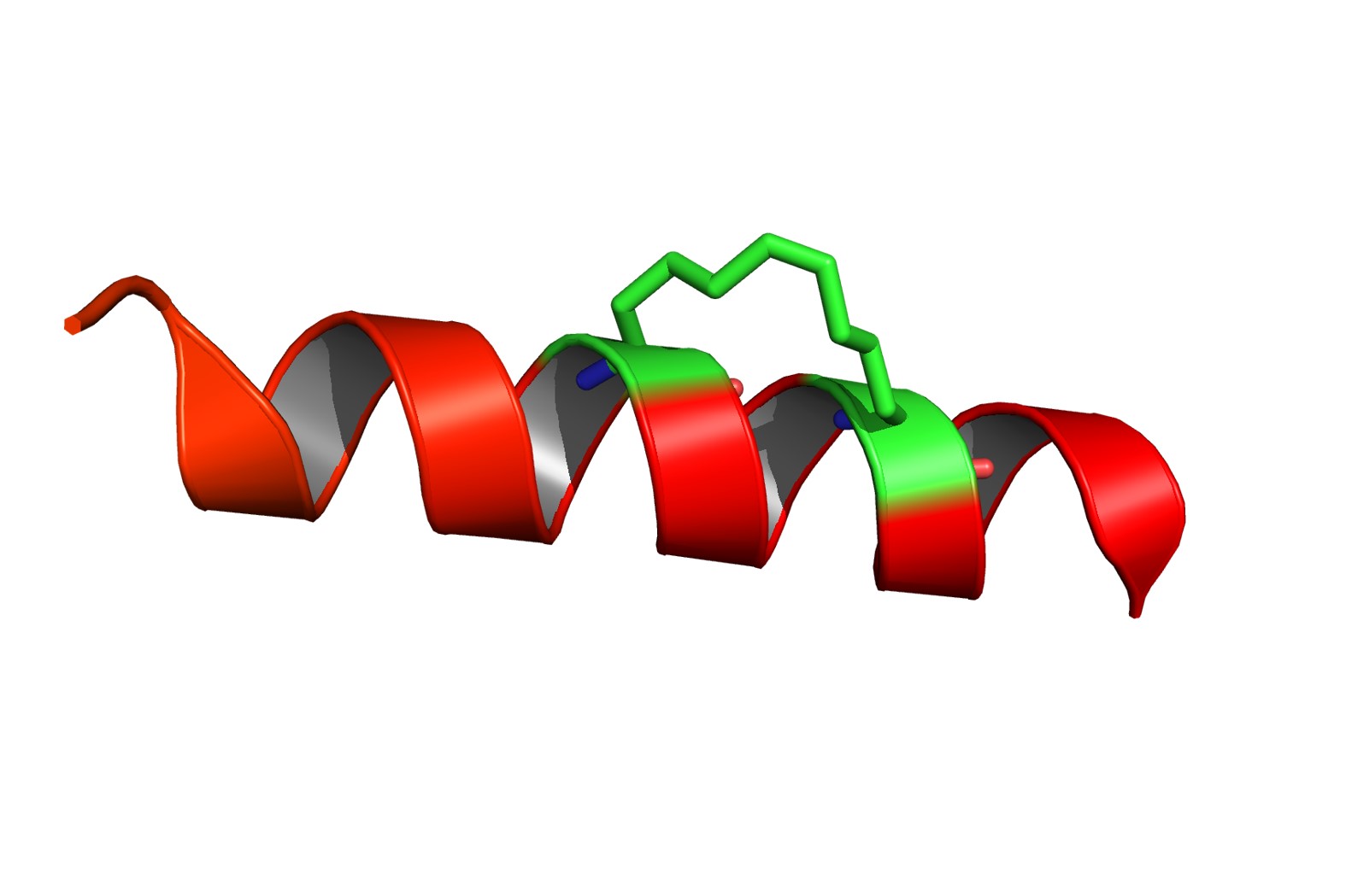 Among the five classes of therapeutics, peptides represent a unique niche of pharmaceutical compounds within the protein class. The excitement surrounding peptide therapy arises from their distinct physical and biochemical features that present an opportunity for therapeutic intervention that can specifically target a wide range of cells and manipulate their response on a molecular level. However, challenges around their pharmacokinetics, notably poor stability have hampered more widespread use. Addressing these issues will release a new wave of drugs for urgent medical challenges such as anti-microbial resistance.

Peptides are short chains of amino acids consisting of only 2-30 amino acid residues, although the definition varies depending on the reference point, as reviewed by Apostolopoulos et al. (2021). Peptide drugs can act as extracellular signaling molecules that regulate the activities of various physiological functions, and intracellularly, disrupting protein-protein interactions.

In contrast to larger proteins, which often encounter difficulty accessing and/or penetrating the target to achieve the desired therapeutic effect due to various physicochemical and biological issues, peptides are capable of translocating themselves into cells and transporting conjufated hydrophilic molecules across the plasma membrane to reach intracellular targets efficiently.

As therapeutics, peptides can be used to control interactions with specific receptor sites, allowing them to address problem areas more precisely and efficaciously. Additionally, peptide-based therapy also translates into excellent safety and tolerability profiles, as they eventually break down into individual amino acids that can be absorbed and utilized as the body’s building blocks—although immunogenicity remains a challenge.

Manufacturing considerations can also make peptides attractive. Their small size and low molecular weight lower the complexity and production costs of peptides—as opposed to protein-based biopharmaceuticals that are generally expressed in yeast or mammalian cells.

Peptides have been successfully developed as drugs, vaccines, nanoparticles, cosmeceuticals, and other applications. According to a market report by Business Wire, there are over 60 peptide drugs already commercially marketed in the United States, Europe and Japan—with another 140 in clinical trials, and 500 others in preclinical development.  Widely used peptide drugs include Lupron and Zoladex for the treatment of cancer and Victoza (GLP-1) for the treatment of diabetes.

More than 7000 naturally occurring peptides with therapeutic potential from natural sources have been identified. These include ACTH, oxytocin, and vasopressin. These drugs have provided treatment for diabetes, endocrine disorders, cancer, Alzheimer’s disease, cardiovascular disease, and many more.

However, the popularity of peptides, compared to other drug classes is not high. The current list of the most successful drugs is dominated by small molecules and antibodies. Peptides are often not directly suitable for use as convenient therapeutics due to their intrinsic weaknesses. Peptides suffer from both a short plasma half-life (unlike antibodies) and low oral bioavailability (unlike small molecules). The presence of numerous peptidases in the GI tract may cause pre-systemic enzymatic degradation of the peptides—rendering them useless. Poor penetration of the intestinal mucosa also prevents the peptide's access to the systemic circulation. Consequently, approximately 75% of peptide drugs are administered via the parenteral (non-oral) route. which offers high bioavailability and rapid systemic circulation.

The availability of advanced structural biology, massive combinatorial chemistry libraries, and high-throughput screening approaches have expanded the utilization of peptides as therapeutics. Enhanced peptides and alternative delivery routes through modification of physicochemical properties, the inclusion of structural/functional excipients, and sequence modifications to the peptides.

Conjugation of PEG to peptides is a common strategy for extending their plasma half-life while also reducing protein immunogenicity. However, due to safety and tolerability concerns relating to the use of PEG as a solvent for injectable therapeutic, it is becoming a less preferred choice.

Alternative techniques to stabilize peptides have been developed. For example, stabilization of peptides via means of staples (pictured above) or other chemical linkers, such as bicycles, which generate structures similar to the binding sites of antibodies, are currently in clinical trials.

Additional efforts have been made to develop non-invasive routes of delivery for peptides —particularly oral, transdermal, inhalation, and mucosal—to increase patient compliance and convenience. The key to increasing peptide bioavailability through different delivery routes relies on three important parameters, namely stability of the peptides against enzymatic degradation in the intestine, efficient translocation of the peptides across the intestinal cells, and a long plasma half-life.

Another popular strategy is peptide acylation: Attachment of a fatty acid to the peptide backbone has been shown to increase its enzymatic stability by blocking restriction sites and increasing circulation lifetime by binding to albumin. However, acylation affects the interaction between peptides and the lipid cellular membranes, thereby influencing their translocation.

Another alternative strategy uses penetration enhancers that modulate the microenvironment of gastric pH and improve transcellular absorption of peptides. Notable examples include the use of SNAC and insulin to increase the absorption Rybelsus and Afrezza for administration through oral and inhalation routes, respectively. An ingenious formulation approach was developed by Intarcia using an implantable device that delivers peptide therapeutics from a dry reservoir for up to 1 year through an osmotic pump mechanism.

Early research by Dlugi et al. (1990) to extend the release of a peptide hormone from a microparticle depot led to the development of various peptide drugs (Lupron, Viadue, etc.) that uses controlled-drug release technology to reduce associated side effects. ActoBiotics™, another technology developed by Precigen ActoBio to deliver peptides by using bacteria as a vehicle may also open an entirely new avenue for the delivery of peptides as medicines. However, an outstanding challenge to mimic the natural host-regulated processes remains.

Depot formulations such as PODS, which combines peptides within a polyhedrin protein scaffold, may also address the instability of peptides.