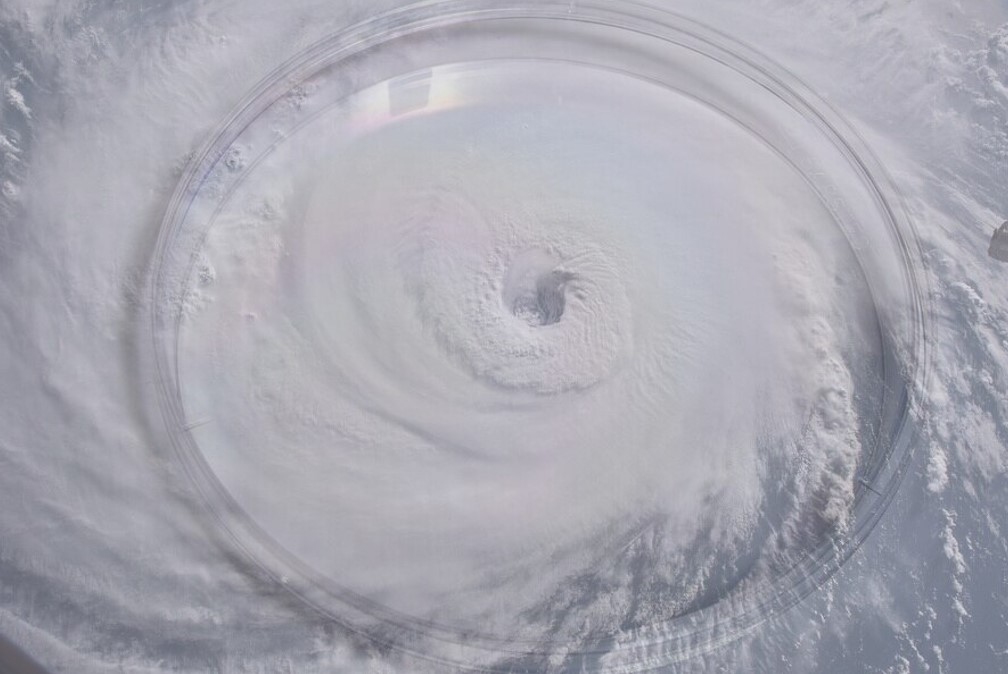 Mammalian cell culture is a fundamental activity in life science research and also provides the basis of many biomanufacturing activities. Recombinant growth factors (including cytokines, see article on terminology) are as important to biotechnology as semi-conductors are to information technology. However, they also provide a source of cell-based assay variability. Understanding growth factor dynamics is important to the design of better cell-based assays and manufacturing systems.

Growth factors are highly potent, secreted proteins that act as key intercellular communicators. Instability is an inherent (and necessary) property of growth factors that limits their temporal and spatial range of diffusion, thereby allowing the maintenance of complex tissue structures. To overcome this instability in-vivo, a constant trickle of new growth factors is produced by cells. For cell culture, this constant stream is commonly replaced by bolus additions of recombinant growth factors when the culture media is changed. This is a key point of difference between in-vivo and in vitro use of growth factors.

This difference explains in part why the levels of growth factors (typically 2-100 ng/ml) that are needed to support in-vitro cell culture are orders of magnitude higher than the picogram levels that normally exist in healthy tissue in-vivo. There are other factors at play: Firstly, assaying concentration in a tissue sample provides an average value across the sample which does not capture localized concentration peaks and gradients. Secondly, components of the extracellular matrix, such as galectins, act to stabilize or present growth factors in a more effective manner, for example presenting as clusters which bind to clusters of cell surface receptors amplifying their signal.

The half-life of growth factors varies quite widely and depends on the inherent stability of each growth factor and the specific conditions of the assay: The serum stability (stability in circulating blood) of many growth factors is less than 10 minutes (e.g. 3.7 minutes for IL-2). This is largely due to the effect of kidneys which constantly filter and catabolize growth factors.

Cytokine stability is also affected by the levels of proteases, notably matrix metalloproteases which are ubiquitous in the extracellular matrix. Growth factors used in serum-free culture, with lower levels of proteases, might be expected to have a longer half-life, but other stabilizing factors in serum which bind to growth factors may work to cancel this out. Finally, growth factors are internalized and metabolized on contact with their receptor such that half-lives can be reduced by increased cell numbers. The half-life of most growth factors, when used in cell culture, is a few hours to a few days.

Most growth factors are assayed by measuring their proliferative effect on a reporter cell line. It is noteworthy that a bioactivity assay does not determine the minimal working concentration of a growth factor. Rather, it reflects the minimal amount of growth factor that is able to maintain that minimal level over the duration of the assay. As illustrated in the figure below, this minimal amount is dependent not only on the duration of the assay and half-life of the growth factor but also on any toxic effects of high concentrations.

For example, if we assume the following for growth factor A:

Then, using a standard formula, the minimum starting concentration of growth factor A required to achieve maximum effect would be predicted to be exactly 16 ng/ml. 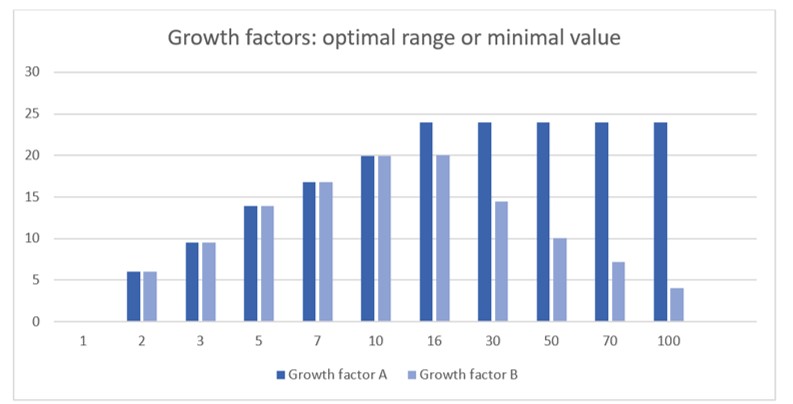 Some growth factors have optimal ranges (with maximum as well as minimum working levels) rather than optimal minimums. This may be due, for example, to the activation of alternative, weakly binding receptors at high growth factor concentrations which activate antagonistic cell pathways. Consequently, growth factor B, with an identical half-life to growth factor A but with optimal activity within a defined range between 1-10 ng/ml would have a different optimal starting concentration because time spent at concentrations above 10ng/ml would inhibit cell growth. Modelling these two scenarios produces bioactivity curves which closely resemble curves seen in wet experiments: Most growth factors induce bioactivity that plateaus at high levels, whereas some are clearly inhibitory at high levels.

One obvious side-effect of growth factor bolus feeding, which generates a continuously changing cell environment, is cell stress. This is particularly true if there are periods of time when the cells are deprived of stimulation below minimum levels. The provision of growth factors in 3D cell culture can be particularly challenging where the hydrogel support prevents access of cells to growth factors added to the cell culture media. Cell stress can cause the cells to adapt and likely contributes to loss of karyotype stability seen in long term culture of, for example, iPS cells.

One way to reduce stress and limited cytokine bioavailability is to simulate in-vivo conditions by generating a localized, constant stream of growth factors. PODS® technology generates proteins crystals which achieve this feat by sustainably secreting proteins released from the crystal under the action of resident proteases. PODS® crystals have been shown to have a range of applications in 2D, 3D and in-vivo research as well as therapeutics.