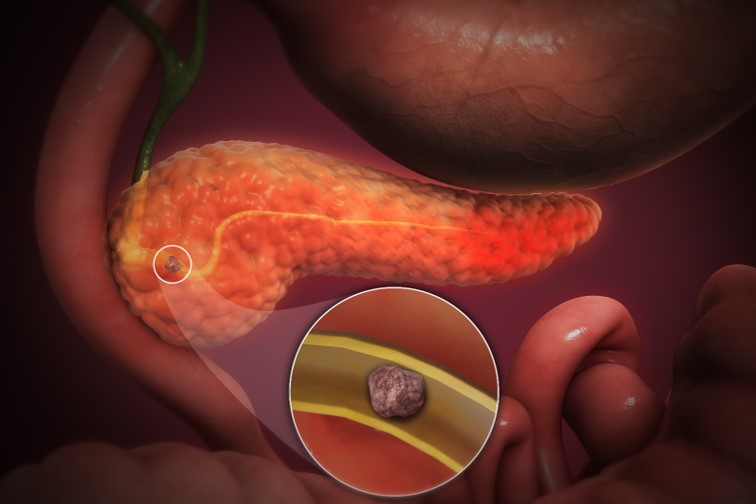 Acute pancreatitis (AP) is a sudden and severe inflammation of the pancreas sometimes caused by gallstones. In the most severe cases, AP can also lead to injury of the lung. The pathway from pancreatic disease to lung injury is anything but direct and a fundamental role for exosomes has emerged.

Estimates of AP incidence range from 13-45 per 100,000 person-years.  In the US alone, AP causes around 300,000 hospitalizations per year. Alcohol consumption is the biggest risk factor for AP and increasing rates of obesity have also been linked to an increasing incidence. AP is classified as mild, moderate or severe. In mild AP, there is no organ failure or systemic disease. However, in severe forms of AP, a systemic inflammatory response can result in acute lung injury.

So how could acute inflammation in one organ lead to injury of another? There are several possible explanations. Firstly, toxic metabolites such as reactive oxygen species and pancreatic enzymes could be released systemically from the inflamed pancreas. But this is unlikely to result specifically in lung injury. Cytokines are another possibility. These messenger proteins are known to cause organ failure in a cytokine storm. Cytokines are released at high levels from inflamed tissue and can travel within the circulatory system to distant organs. However, a distinct role for cytokines in lung injury associated with AP has not yet been identified.  More recent research has focussed on a possible role for exosomes.

[What are exosomes?  Exosomes are tiny (50-200 nm diameter), hollow balls made primarily of lipid fat molecules. Specific proteins are embedded into the lipid layer whilst other proteins, as well as RNA cargo, can be carried internally. Exosomes are formed within cells and are secreted into the extracellular space surrounding cells where they can diffuse to adjacent cells or travel to more distant cells via the circulatory system. Cells also assimilate exosomes from their extracellular space which can impact their behaviour dependent on the exosome cargo. Similar to cytokines, exosomes allow cells to communicate and exert influence on each other.]

In experimental studies of rats in which taurocholate, a chemical, was used to induce AP, two waves of exosome release occur. The first wave of exosomes is released from the pancreas. In response to these exosomes, the liver releases exosomes. In turn, these hepatic exosomes reach the alveolar spaces in the lungs where macrophages are influenced to produce pro-inflammatory cytokines. These cytokines are the direct drivers of the lung injury. Therefore, the lung injury are not a direct result of exosome release from the pancreas but, like toppling dominoes, mediated by exosomes released from the liver in response to the pancreatic exosomes.

What is the mechanism of action by which exosomes stimulate the release of cytokines from macrophages and which specific exosome cargos are responsible? Answering these questions may allow the identification of therapeutic targets for new drugs that could prevent lung injury in severe AP.

In a recent paper, a group of researchers led by Daniel Closa at the IIBB-CSIC in Barcelona looked at the differences in exosomes released from mild and severe forms of AP. Clinical exosome samples were isolated from plasma collected from patients within 24 hours of admission to hospital. Samples were subsequently classified as either mild, moderate or severe, depending on symptoms that subsequently developed. These patient-derived exosomes (which will have originated from sites across the body, not just the pancreas) were used to treat THP-1 cell-derived macrophages.

The researchers found that activation of NFκB in macrophages, determined by the level of nuclear translocation of the protein p65, correlated with the degree of AP severity. Moreover, the release of the pro-inflammatory cytokines IL1β and TNFα from the macrophages in response to the sera also correlated with AP severity. Interestingly, in exosome-depleted plasma samples, induction of IL1β expression in macrophages was markedly reduced compared to plasma samples containing exosomes. This provided further evidence that the inflammatory response was exosome-mediated and not due to other factors released by the diseased pancreas.

A proteomic study identified three proteins (C-reactive protein, SA100A8 and S100A9) at elevated levels in exosomes isolated from severe AP plasma. S100A8 and S100A9 are well-studied proteins constitutively expressed in macrophages. They often exist as a heterodimer that is released during inflammation leading to cytokine release.

To confirm the involvement of S100A8/S100A9 in the inflammatory response caused by severe AP exosomes, the researchers used DPI, an NADPH inhibitor that blocks the S100A8/S100A9 response pathway. Treatment of macrophages with DPI abolished the induction of reactive oxygen species (ROS) associated with inflammation.

This study provides a significant advance in our understanding of an exosome-mediated mechanism of injury to organs that are not the primary site of disease. As well as the potential to provide a diagnostic test that could predict the severity of disease that will develop in newly admitted patients, this study may pave the way for the development of therapeutics to prevent lung injury development.