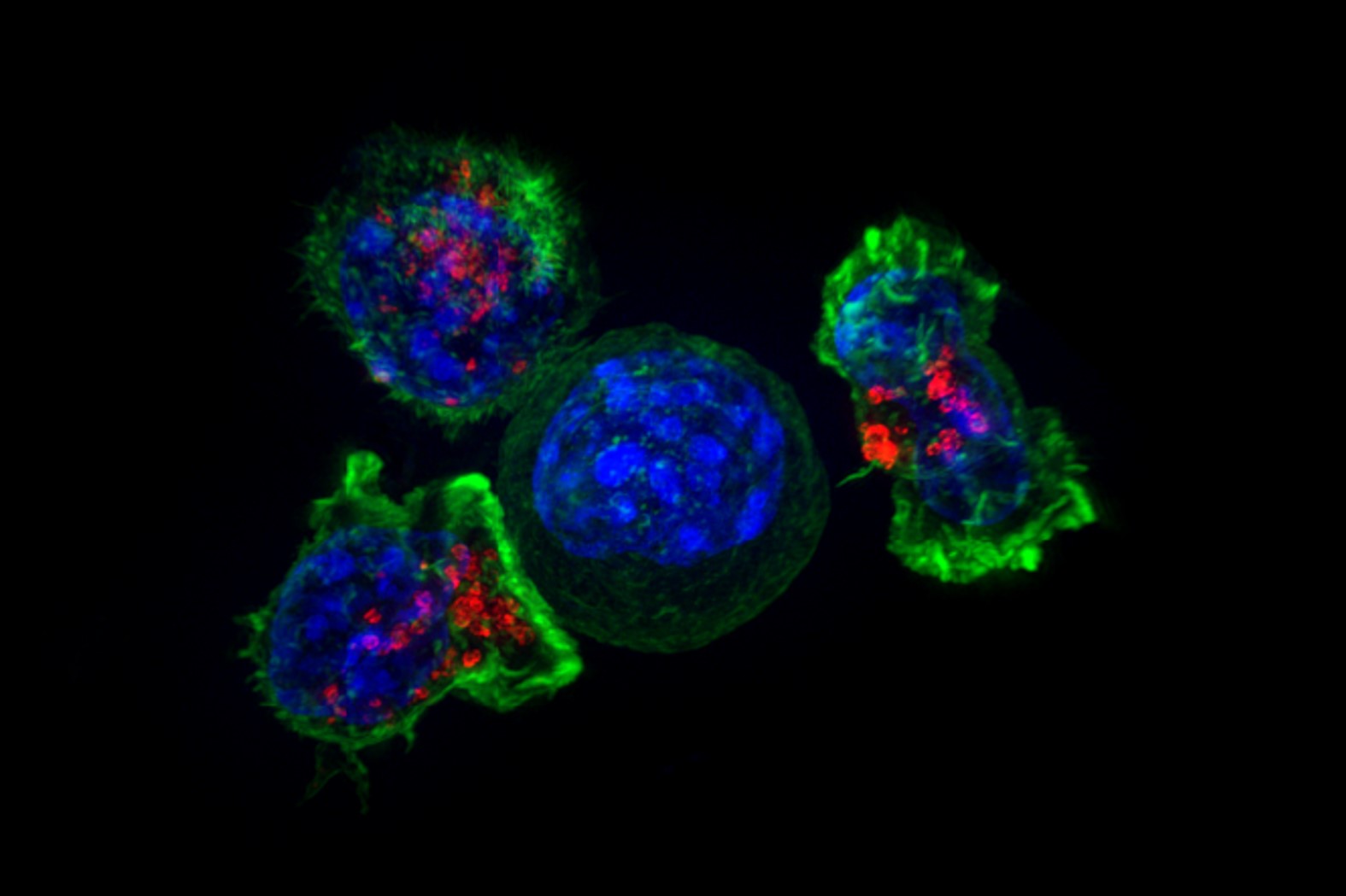 Immunomodulatory drugs, such as Immune-checkpoint inhibitors (ICIs) have transformed cancer care. However, as with other cancer drugs, ICIs are associated with significant adverse events which can even be fatal. How do these occur and what is being done to reduce their severity?

Integral to the function of the immune system is its ability to tell between self and non-self. The immune system does this, in part, by using ‘checkpoint’ proteins. Discovered in 1995 by Jim Allison, ‘immune checkpoints’ can be described as specific receptors and their ligands that act as gatekeepers to immune responses by regulating cytotoxic T-cell responses. Stimulatory checkpoint molecules activate cytotoxic T cells, whereas inhibitory checkpoint proteins are inhibitory.

Under normal circumstances, immune checkpoints are presented to cytotoxic T cells by antigen-presenting cells, which are crucial for the development of self-tolerance to the body’s cells. Cancer cells exploit this mechanism to evade detection and destruction by the host's immune system by secreting inhibitor proteins that down-regulate the cytotoxic T cells. This inhibition contributes to a tumour microenvironment that is tolerant of tumour growth.

Allison’s pioneering work eventually led to the development of monoclonal antibodies specifically designed to bind to and inhibit these checkpoints. These ICIs work by blocking intrinsic down-regulators of T cells to boost their activity and reinvigorate the immune system to fight cancer. The first approved ICI, ipilimumab, blocks the immune checkpoint protein CTLA-4 allowing the activation and expansion of T cells. Following this initial success, regulatory approval followed for three other categories of ICIs, including the PD-1, its receptor PD-L1 and, most recently, LAG-3.

One notable consequence of the improved survival provided by ICIs is the emergence of immune-related adverse events (irAEs). The spectrum of organ systems affected by irAEs is very broad—with varying frequencies and severities—and can occur at any point during and after a patient’s treatment course. The reported incidence of irAEs is between 15% and 90%. Toxicities severe enough to require drug discontinuation and the initiation of immunosuppressive medications occur 10% to 55% of the time. Fatality rates of 0.3%-1.3% have been reported.

Although the precise mechanisms of irAEs are not well understood, these adverse reactions are thought to represent the bystander effects of an over-activated immune system, working outside the cancer, that causes off-target inflammation and a constellation of autoimmune toxicities. Pre-existing organ-specific antigen expression may be one cause of autoimmune toxicity from ICIs without representing a shared effect from anti-tumour activity. Alternatively, tumours inflamed with T cell responses before treatment can experience further inflammation and cell death when treated with ICIs. irAEs may be triggered by antigens that are common to both tumour and inflamed organs. An organ with subclinical inflammation may also experience more pronounced, clinically apparent inflammation with the removal of key negative T cell regulators.

Unfortunately, increased response rates come at the expense of a higher incidence of irAEs. Notably, combination therapy against CTLA-4 and PD-1 is more effective than monotherapy but also increases the incidence and severity of irAEs. Since the overall rate of irAEs in patients treated with PD-1/PD-L1 inhibitors is lower than in combination with anti-CTLA4, trials are increasingly focussing on the potential of using these drugs in combination.

How are irAEs clinically managed? Temporary immunosuppression, achieved with glucocorticoids, TNF-α antagonists, mycophenolate mofetil, steroids or other agents, can be an effective irAE treatment in most cases. However, early symptoms are often nonspecific and a recent study of cancer patients treated with an ICI showed that more than 40% of the patients developed long-term irAEs that did not resolve in the 1.5-year observation period following treatment.

As the use of ICIs grows with new agents constantly being tested in clinical trials, more immune-mediated adverse events will be seen. No widely validated strategy for the surveillance of irAEs is currently available—and clinicians need to be vigilant in monitoring the heterogeneous clinical presentations of patients with adverse events that affect a broad spectrum of organs going beyond the field of oncology. Increasingly, cancer immunotherapy demands a synergistic multidisciplinary approach.

Highlighting what is already known about the demographics, kinetics and underlying pathogenesis of irAEs related to ICI agents will not only help clinicians to manage these events more effectively after exposure. Additionally, it is also important to highlight the influence of several immunomodulatory factors—such as environmental, dietary, lifestyle, microbial and pharmacological factors—to optimise the effectiveness and safety of immunotherapies directed to immunological checkpoints.

As with other drugs, targeting is key. Off-target effects usually occur as a result of drugs reaching non-target tissues. Drug delivery mechanisms, such as PODS, that can improve pharmacokinetics will help to reduce the incidence and severity of irAEs.