Home Blog Whatever happed to Endostatin? 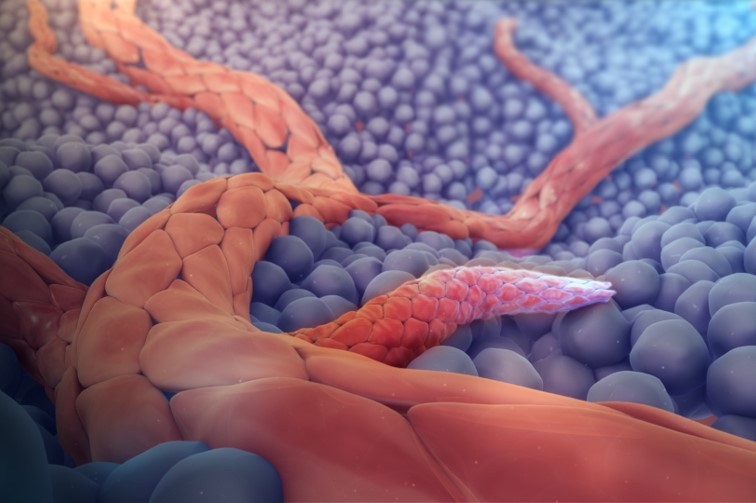 Cancer drug candidates sometimes emerge with exceptional promise but ultimately fall short. In the late 1990s, endostatin gained huge prominence and was widely viewed as an exceptional cancer drug candidate. But things didn’t quite work out. Although endostatin is now approved by the FDA, in the West it is largely forgotten, eclipsed by newer treatments. But look East, notably to China, and endostatin is very much at the forefront of cancer therapy, particularly in combination with chemotherapy. Why have its fortunes varied geographically and will it ever make a global impact?

In 1997, Judah Folkman’s lab reported their identification of a human collagen XVIII fragment, endostatin, that inhibits angiogenesis. In mouse models of cancer, the results were dramatic, with endostatin halting tumor growth. Moreover, the drug was well tolerated with few signs of dose-limiting toxicity.

In a phase II trial initiated in 2002, tumor size in some patients with liver metastases was stabilized for several years by endostatin. However, the criteria for success in cancer clinical trials required tumours not only to stabilize but to shrink in size by at least 50%. This criterion did not suit angiogenesis inhibitors which stabilize rather than shrink tumors. Despite clear effects in some of the patients, the trial was not seen as successful. Moreover, significant problems had emerged for the production of endostatin: Scale-up proved difficult and the protein was beset by issues with solubility.

Without clear efficacy (tumor shrinkage), nobody in the US was prepared to back endostatin financially. When supplies of endostatin ran out in August 2005, with production issues making therapy too expensive, patients in the clinical trial, including those who had experienced a clear benefit, lost their access to endostatin. For Judah Folkman, as well as the patients, this was a severe blow. Commercial rights were eventually transferred to Alchemgen Therapeutics which planned to manufacture in Asia. These rights now reside with Simcere, a Chinese company that developed a modified version of endostatin, called Endostar, which has better solubility.

With production issues resolved, clinical trials recommenced in China. To date, dozens of clinical trials have now been performed there. Endostar is widely used to great effect, particularly in combination with chemotherapeutic agents, to treat a variety of solid cancers including non-small cell lung cancer (which is very common in China due to high rates of smoking), gliomas and others.

Considering the success in China, why is endostatin not more widely used in other countries? Endostatin suffers from a lack of information about its molecular targets. Endostatin is found in normal tissue and down-regulates many signalling cascades but its mechanism of action has not been completely elucidated. In addition, drugs such as Avastin, an antibody that targets VEGF, have provided an alternative, better-understood ways to inhibit angiogenesis. Since endostatin was developed, small molecule drugs such as Inlyta, a tyrosine kinase inhibitor have also become available.

Lack of an optimized delivery mechanism may also be a disadvantage: Endostatin is delivered by continuous infusion over several weeks. A recent review of endostatin use concludes that ways to more effectively deliver endostatin to maintain its therapeutic effect are needed to expand use. This is probably true of most small protein therapeutics used to treat cancer. Similar to endostatin, IL-2 had fallen from favour. Unlike endostatin, fixing the toxicity issues that face high dose IL-2 therapy is the focus of several companies' efforts in the US. Despite recent disappointing phase III clinical trial results for Bempegaldesleukin (a pegylated IL-2) treatment of melanoma, there is still hope for improved IL-2 therapy. Perhaps success here may hasten an overdue refocus on endostatin too?