Home Blog How can protein instability be fixed? 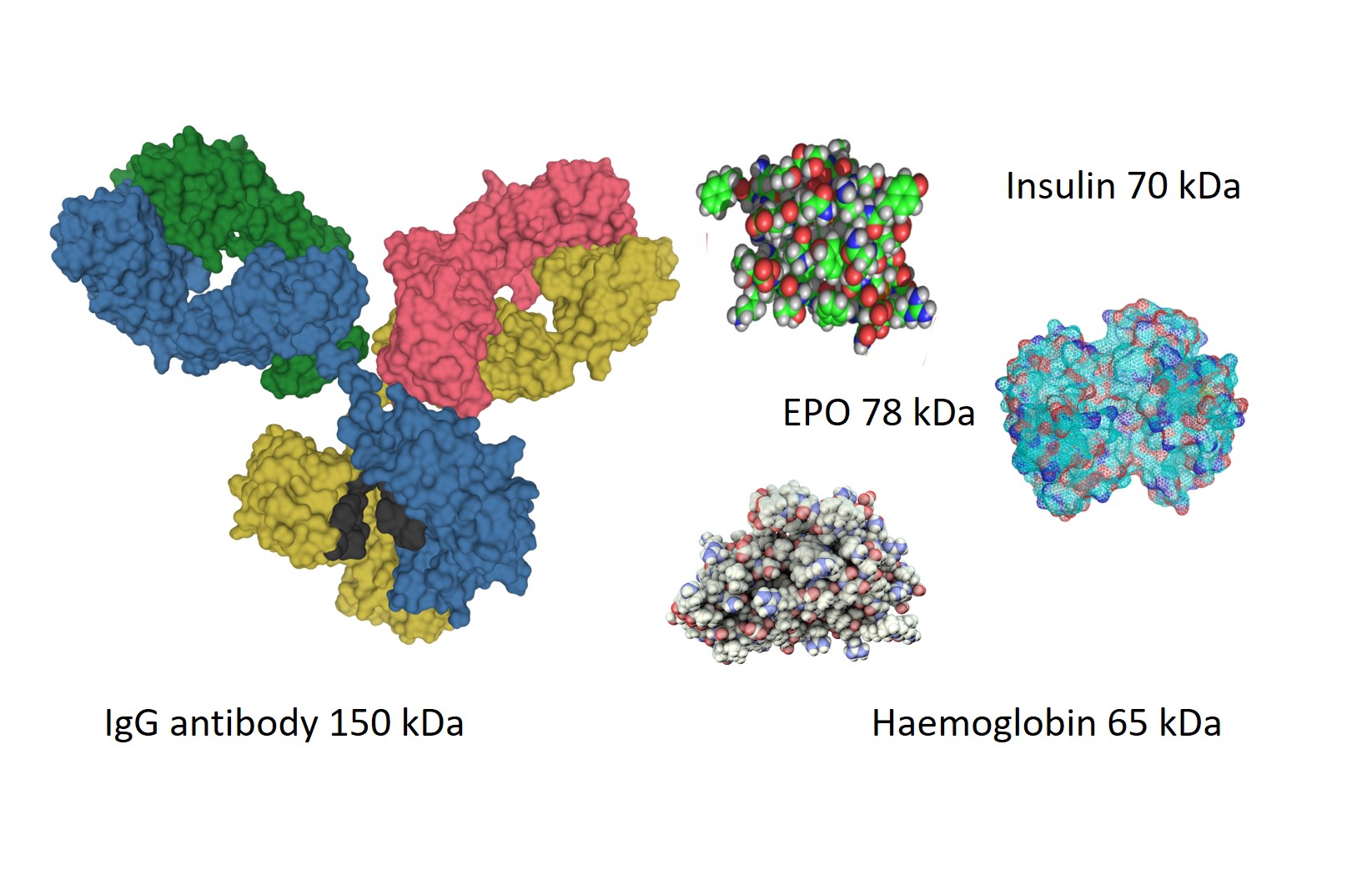 Purified recombinant proteins are used in products ranging from biological soap powders to cutting edge medicines. The rate at which these proteins degrade is critical to their function. Technologies that address the rate of degradation and enable novel applications can transform the value of a protein.

Protein instability can be beneificial

Before discussing the limitations imposed by protein instability, it’s important to understand that low levels of stability are sometimes beneficial: Many proteins have functions that depend on a limited lifespan. For example, for cytokines and other growth factors that enable communication between cells, protein stability is one of the several parameters that modulate their effect. By degrading rapidly, a cytokine has a more precise spatiotemporal action therby enabling complex tissue patterning and homeostasis. Protein degradation is also important to cell dynamics and allowing proteins to be broken down to releases amino acid building blocks for the synthesis of new proteins.

Why are some proteins more stable than others?  The fundamental stability of a protein is dependent on sequence composition, length, post-translational modifications, and the close interactions it forms with other proteins to form more stable structures. The sequence of a protein helps to determine structure. The major factors affecting stability contributed by specific amino acids in a protein are hydrophobic interactions, hydrogen bond frequency and confirmational entropy.  In general, the shorter a protein, the less stable it is: For peptides (generally defined as chains of 50 or fewer amino acids) instability is particularly challenging. Peptides’ potential as anti-microbials is very much undermined by their instability.

Of course, not all proteins are unstable. In contrast to cytokines, some proteins require high levels of stability. For example, an antibody’s surveillance function will benefit from its higher levels of stability. Whereas a cytokine’s half-life can be measured in minutes to days, antibodies typically survive for many weeks. Similarly, structural proteins of the extracellular matrix, such as collagen, are highly stable.

Although naturally expressed proteins have half-lives that reflect their function, in general, for recombinant proteins, greater stability is desirable as this reduces the frequency of addition or administration. For example, improving growth factor stability for use in cell culture can reduce the need for media changes. Better stability of recombinant insulin and other drugs reduce the frequency of injections. This not only reduces the cost or a drug, but also increases convenience and improves patient compliance.

It is important to distinguish between serum half-lives in-vivo and in-vitro. In-vivo, the half-life is affected by kidney filtration. For example, the cytokine IL-2 has a serum half of about 5 minutes following intravenous injection. This is because it is rapidly filtered from blood by the kidneys. The same protein injected intra-peritoneally, has a serum half-life of several hours as the peritoneum effectively acts as a depot. The in-vitro half-life of IL-2 is even longer.

Protein stability can also be affected by cell metabolism. Within the cell, proteins can be targeted for degradation by ubiquitin ligases which attach ubiquitin to them. The ubiquitinated proteins are then recognized by the cell’s protein degradation machinery. The recent development of PROTAC drugs exploits this degradation process to eliminate unwanted, disease-causing, proteins. Recombinant drugs primarily act outside the cells, so this degradation route is not necessarily a significant consideration in drug development.

As well as proteases, physical parameters impact protein stability. Proteins are pH sensitive. The acidic conditions of the stomach are one of the reasons why protein drugs can’t be taken orally and have to be injected. Proteins are also heat-sensitive and tend to have poor stability above 37oC

Several approaches to increasing protein stability have been developed. Stability may be increased by adding protective chemical groups such as polyethylene glycol to structural motifs of proteins. This increases the stability of individual molecules which retain bioactivity in their PEGylated form. Such modifications do not increase immunogenicity. The PEG molecule can be conjugated to a specific motif in the protein using a variety of techniques.  Many PEGylated drugs have reached the market including a few blockbusters. For example, Neulasta® (PEGylated G-CSF) is used to treat neutropenia. In addition to pegylation, glycosylation, and albumin conjugation have been used to increase protein stability.

An alternative approach is modifying specific amino acids to generate inherently more stable structures. Stabilized forms of the growth factors FGF2 (FGF-Stab®) and IGF-1 (LongR3-IGF®) and the hormone insulin (Lantus®) have been developed. In the case of the Lantus, the amino acid changes cause the insulin to crystalize when injected into blood. This creates a depot formulation reducing the number of injections needed to control blood sugar levels.

Another strategy to increase stability is creating hybrid proteins in which a bioactive protein is stabilized by fusion to a more stable protein. For example, Enbrel (Etanercept), used to treat rheumatoid arthritis, is tumor necrosis factor receptor fused to the long chain of an IgG antibody.

Although many medically and commercially valuable drugs have been produced by chemical and amino acid modification, they are challenging to develop since each protein needs to be developed individually. They are not platform technologies. In addition, the increase in half-life, particularly taking into account kidney filtration, is still sub-optimal

Protein depot formulation provides an alternative approach to addressing protein instability. Here, the protein itself does not need to be modified, and once released from the depot has exactly the same half-life as an unmodified protein. Rather, the stability is provided by encapsulation within the material used as the depot scaffold. Just as ice crystals provide stability to molecules by constraining their movement, a molecule of protein is stable whilst held immobile in the depot scaffold. Scaffolds can be nanoparticles, such as dendrimers. These have limited capacity and can only provide short periods of sustained release.

Hydrogel beads have also been widely used in depot formulation. These can provide high levels of stability and long periods of sustained release driven by diffusion. However, these structures are relatively bulky, difficult to achieve for many proteins, and suffer from burst release. This is caused by the accumulation of the cargo at the bead’s surface, due to surface tension effects, as they form. Typically, 30% of the entire cargo is dissipated within the first few hours of deployment. This burst causes a spike in protein levels which can be toxic.

A solution to burst release and a more robust depot formulation is provided by co-crystal depot formulations such as PODS® crystals. Instead of hydrogel, the depot scaffold is provided by a protein which readily forms crystals. The cargo protein intercalates as the crystal grows, inserting itself between the crystal layers.  PODS crystals are stable in protease-free aqueous solutions. They provide a dynamic release system which respond to proteases generated by target cells. PODS crystals are particularly useful for in-vivo applications and are being developed for clinical use.

IMAGE Examples of proteins in the blood. Shutterstock